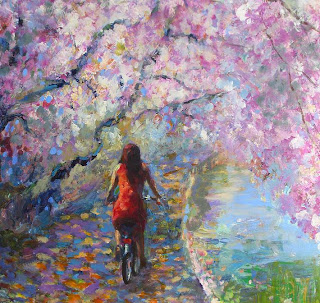 When my daughter was a child, one of my biggest fears was that she would be abducted.  I was a single mom, and trying to juggle full-time work with being a full-time mother, and along with that I had a lot of concern that I wasn't doing any of it right.  And at the time there had been a rash of abductions, including one of a little girl named Abby Drover who was abducted by a neighbour and held in an underground bunker for 181 days.  She was discovered by accident, when the abductor's wife found him emerging from a pit underneath the family garage. The wife was shocked when an emaciated girl scrambled out behind him, trying to make her escape.

The stuff of nightmares.

What makes these monsters do these things?  Amanda Berry, Gina DeJesus, Amanda Knight, Elizabeth Smart, Jaycee Lee Dugard -- all abducted, and all fortunate to have been found, even as much as almost two decades later.

Children have had their childhoods robbed of them because of these fiends.  Parents have turned into helicopter parents.  I know, I did.  My daughter's childhood was quite different from mine.  When I was a child, we heard horror stories of a kid getting lockjaw from stepping on a rusty nail, or contracting rabies from being bitten by a rabid dog -- none of them true of course -- but they were the horror stories of our childhood.  The bogeyman was a figment of our imagination.  Now he is very real, and he climbs into children's windows and takes them from their beds at night, or -- like Michael Dunahee -- snatches them from playgrounds when their parents have looked away for just a moment.

How do we keep children safe from predators?  I hope those three men in Ohio who abducted the girls and held them captive, never see the light of day again.  In a civilized society, we can't keep them locked in fetid dungeons the way they kept their prey.  Too bad.
Posted by Jo at 8:21 AM

When I was little, decades ago, I could disappear on my bicycle or with friends for hours. This doesn't happen nowadays. Don't worry about those monsters not rotting in dungeons, though: those who do harm to children are at the bottom of the food chain in the prison population and won't be experiencing the best of treatment in their daily lives.

Lorna, yes, we used to go bike riding for hours too. Kids can't do that anymore. Even teenagers are not totally safe. Those girls were in their teens. And yes, their karma will get those guys.

When I was a kid, we'd take our bikes and go off for the day - we just had to be home for dinner. What freedom! I made sure I could see my daughters when we went for walks around the block. They knew not to go out of my sight. Now kids are driven to and from school and all after-school activities. It is such a shame that kids aren't able to make their own fun anymore. I agree I hope those men are jailed for life - and I mean their entire lifetimes! May they rot and die in prison!

Mind Of Mine said...

I have had this discussion many times with my friends and family. When I was younger, I could literally be rambling around my town for hours on end, my parents would not see me for most of the day. I made my way to school by myself from about the age of 6, my brother and I were left home alone, as were many of my friends.

Now a days, that just doesn't happen. Have things got worse, no I don't believe they have. It's just we have so much access to information now. Stories from around the world make it to our TV's. Where as back then, unless it happened in your neighbourhood, you never heard about it.

The thing is, if you smother children, you run the risk of ruining their childhood anyway.

I think it's much worse today, because there are so many more people crowded together. And the cycle of violence continues. Just saw the picture of that man in the news and just the way he looks gives me the creeps. Those poor women who never got to be girls. :-(

This is something about which I'm worried. Not so much for our children, growing up in the 1970s and 80s, but for our grandchildren, who are pre-teen. The world is a much more anonymous, and much less friendly place.

I'm thinking people have always been as they are now, but we know more about it these days.

Jean-Paul Sartre was perfectly correct in saying that "Hell is other people..."
The evil ones who commit such horrific crimes against children, even their own children sometimes, are sub-human who deserve no mercy.

The world has become so complicated since I was a child. Back then Jo, the biggest fear I had was contracting polio. Today, IMHO, all we can do is gently educate our children to the world around them, and maintain a watchful vigilance as they learn and grow.