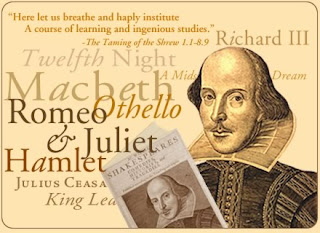 It's only five days and counting until the mid-term elections for our neighbours to the south. Here in Canada, we find great amusement in watching the whole brouhaha mêlée process.  In general, Americans are great people.  They're just like us; they work hard, they have families, hobbies and lives, and they just want to get on with it.  But their politicians and political processes are a whole other matter.  Shakespeare would have had a field day with American politics and politicians -- the intrigue, the deception, the sincerity and the insincerity -- it's all there.

At one time, during the Cold War, everyone was united against the "evil empire", the Soviet Union.  But since the fall of the Berlin Wall, it would appear that folks in the U.S. have been turning against each other and have become completely polarized.  The name-calling and propoganda is straight out of kindergarten -- Tea Partiers, Birthers, Truthers, Repugs...  The thing is, you can't make this stuff up, and it would be funny if it weren't so ... sad.

In a recent issue of Harper's Magazine, I read that America is "a nation in decline".  How did that happen, and was it inevitable?  I hope not, but perhaps it's time for the American folks to dust off that old slogan from the 1960s and 1970s -- "All Power to the People", get rid of all their current politicians and start afresh.

In the meantime, it's entertaining for us across the border here in Canada.  Shakespeare couldn't make this stuff up.

All the world's a stage,
And all the men and women merely players:
They have their exits and their entrances;
And one man in his time plays many parts,

We are so sick of the election nonsense.

Truly, no one in their right mind would vote for either of the two main folks running for the governor of California. I've already looked up the independents running & there is no way that either of the main candidates will get a vote from me!

I am both terrified & titillated at the idea of some of these folks winning - if they're able to do what they say they will do it will be really scary, but on the other hand the way our system works I'm pretty sure that NOTHING will happen for the next few years. I'll be casting my vote tonight in early voting. We'll see what happens!

It's mind-boggling how they all play to the lowest common denominator.

We have to live it. I voted, and I hope everyone who is qualified will get out and vote, too.

It's a no win situation, for the people, for sure. But it's still a lot better than most places. Love that Shakespeare quote!

Friends in Canada! Regardless, tomorrow, I will get up and do the same thing I did today.

I feel as long as there are people taking all kinds of risks to get into the United States it can't be all bad.

A nation in decline?
It seems that way if I watch too much news (which I no longer do since the TV box broke, and I hardly ever watched it before), but I disregard most of the predictions from either side. Perhaps a nation in flux. I would buy that. And maybe that isn't a bad thing.
The worst thing would be if people started to believe we were "in decline." It could be a self-fulfilling prophecy.

It's always a pleasure to provide entertainment for the rest of the world. The article you read was correct America is in decline. We have gone from land of the free land of the entitled. But there are people in America, myself included, who will not sit idly by and let those usurpers turned us into something less than we were originally designed to be. We are on a mission from God! And we are going to take America back. Enjoy the show. My recommendation for healthcare in the United States is to employee the Canadian option! We just keep going to the doctor like we always have, but now we send the bill to Canada! You know we love you…

We are still working for a more perfect union. There is a great deal to do, to make our election process more efficient and transparent, our tax codes fairer, our economy healthier, our education system more solid. How we keep 300 million plus people united and free to express their opinions is still a delicate act. We are still young and still learning about democratic ideals.

I remember once years ago visiting China for the first time. There is a sense of optimism and future greatness there, and when I returned to the US, it was obvious that we are a nation in decline. It's true, and I think it's partly because of hubris, and a strong belief that we cannot be wrong in anything we do. Anyone who visits from other countries can also feel it, I would guess. Or, as you do, observe it from across the border...

I think that politics in this country south of yours has become a competition among the wealthy. I would call it a free-for-all if it were not so damned expensive. I am currently in hiding: I no longer answer my phone unless Caller ID tells me it's someone I know, and every day I remove reams of advertising materials from my mailbox and deposit them, unread, in the nearest waste basket. What a colossal waste of trees! I agree with Kathryn - I cannot bring myself to vote for Whitman or Brown as they are both despicable.

I agree with you. However (!) dirty and nasty politics are nothing new, as I am sure you know.

In 1804 a sitting Vice President, Aaron Burr, shot and killed Alexander Hamilton (the former Secretary of the Treasury) in a duel.

President Abraham Lincoln was likened to an ape or baboon and often cartoons showed him that way. Men in his own cabinet made fun of him publicly and one of his own generals referred to him as an idiot.

The Presidential Election of 1884 was one of nothing but personal attacks against each other complete with allegations of fathering a child out of wedlock, etc.

So the current round of elections is not that unusual. It is easier for us to see things with TV and the internet.

Your Welcome! LOL, tell me about it. I hate this time of year. Every other commercial is slamming some politician. Most of them don't even mention anything good about the person who helped pay for the ad. It's all a big joke.

I'm from MI, one of the hardest hit states and there doesn't appear to be much hope. We will see what another round of shitty politicians brings.

I just got back from California. The political adverts are nothing short of repulsive. And extremely repetitive. But I don't think everybody was united during the cold war. Civil rights, Vietnam, Watergate all seemed pretty divisive.

I don't think there was ever a time when American elections were civil. Ministers told their congregations that if Jefferson was elected he'd invalidate marriages and make all their children bastards. Jackson blamed his wife's death on the election.

All great empires die sooner or later. But there is always hope for recovery. China was once a great empire and it will be the dominant power again. Maybe in a few thousand years the US will make a comeback.