Bill The Toaster Repairman ... In The Beige Lacoste Golf Shirt 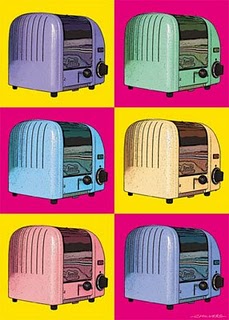 My blogging activities have been briefly curtailed for a few days due to work load and other activities, so I thought I would share with you one of my previous stories. This is a true story.

Several years ago I had the opportunity to take some art classes with a well-known local artist. I had always admired her work, and I jumped at the chance to study with her. She was quite exclusive and we had to audition and show her some of our work before we were accepted. Her class consisted of 15 people and it was an interesting group, all with very different artistic styles and levels of talent. We were instructed at the beginning of the classes to introduce ourselves by first names only, and we were not to discuss anything about our private lives. The teacher wanted everyone in the class to be on a level playing field, as it were, and to bring to it only our interest in learning art.

I made a couple of friends in the class, one was a woman named Kathy and the other was an older gentleman named Bill. The three of us sat together at the same table each week and we critiqued each other's homework. Bill grew roses and he loved doing paintings of his roses. 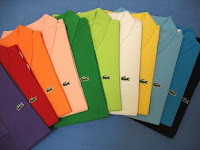 Over the course of several weeks we got to know each other very well, but on a first name basis only. The three of us had a lot of fun at our little table, and occasionally our paintings -- especially our self portraits -- would cause gales of laughter. One day as we were walking home, Kathy said to me, "What do you think Bill does for a living?" I said, "Well, he wears the same beige Lacoste golf shirt every week, and he's very quiet and unassuming. I think he's a toaster repairman."

"Yup," Kathy agreed. Bill was definitely a toaster repairman, quietly sitting in the back of his shop every day, fixing toasters. It suited him perfectly.

At the end of the art sessions, the entire class had a party. The teacher brought a few bottles of wine and we had a pot-luck dinner and kicked back. It was very informal, and we were finally all given permission to state our last names and to describe a bit about ourselves. There were the usual suspects, a physiotherapist, a school teacher, a nurse, me ... a few other folks. Kathy and I winked at each other. We were finally going to find out if Bill was really a toaster repairman. We had a $5.00 bet on it.

When it came to Bill's turn to speak about himself, he quietly talked about his rose garden and his interest in painting, but he was hesitant to talk about what he did for a living. We felt bad that he was embarrassed to admit he was a toaster repairman, and so -- with much reluctance -- Bill told us what he did.

Bill, the unassuming toaster repairman in the beige Lacoste golf shirt, turned out to be The Honourable Mr. Justice William Joseph Trainer, a Justice of the Supreme Court of British Columbia. Our friend Bill had presided over the Supreme Court trial deciding the disposition of the “cash for bodies” in the Clifford Olson case, Canada's most notorious mass murderer and serial killer of children.

Never judge a man by his quiet manner or his beige Lacoste golf shirt.
Posted by Jo at 7:54 PM

Especially here in Waikiki. The person wearing the ugliest aloha shirt might well be a, well, Supreme Court Justice back home!

I loved that story

I remember this remarkable story from the first time you posted it, and it's wonderful to read it again.

Did you stay in touch with Bill and Kathy after the class ended?

It's no wonder Bill loved to paint his peaceful roses after the horrors he had to hear about in court every day.

It's your unique gift of writing that is so delightful,Jo.

The quote from your story is typical of your style. Simply by adding "in the beige Lacoste golf shirt" bring this chap alive.

Superb post; so glad you brought it to light again.

That is a fantastic story--amazing!

It often seems the truly great people are the most unassuming. I once chatted with a major country music star for close to a half hour, never knowing who I was talking to until a while later when someone breathlessly pointed him out to me.

Heh, that was fun :-) But if you had a broken toaster...well, in this day and age you'd likely just buy a new one but still! You'd be glad of a handy toaster repairman in a toast emergency.

I think what's fun is just knowing that really, no one is ordinary or commonplace. Everyone we talk to has been through something, known someone, or is extraordinary and interesting. We never know from anyone's exterior what their story is.

Unless they are wearing a sandwich board talking about the end times. that is ;-)

Wow, such an honorable man with such a hard job, and he was so humble!? :)

I remember Carole Cook, who was an actress from Texas, appearing on Merv Griffin many moons ago. She talked about Neiman-Marcus, and how the sales clerks there would treat you well no matter how you were dressed. Her reasoning was that for all the clerks knew, you could be a millionaire dressed as a working cowboy.

Or, apparently, a Supreme Court justice in a beige Lacoste shirt.

Now THAT was a good story well told! Made me laugh out loud at the end. You do have a way with words, Jo!

OH, I'm ROFL...too funny!!! LOVE it!!! A toaster repairman! ha! Where did you ever come up with that? ...You are too good. What an absolutely wonderful story! I'm so glad you re-posted it so that I got to read it! You are such a wit and a natural storyteller...Love you, Janine XO

Great story! Just goes to show you that you never know who you might be dealing with! Either a toaster repairman or a Justice of the Supreme Court! lol

Do people repair toasters? I would simply buy a new one.

What a great post (as usual) and one that illustrates such a true statement: Don't judge a book by its cover, or a mild mannered man in a beige Lacoste golf shirt...

Love this story and the way you write it. Your teacher's approach is interesting, and your discoveries at the end are precious.