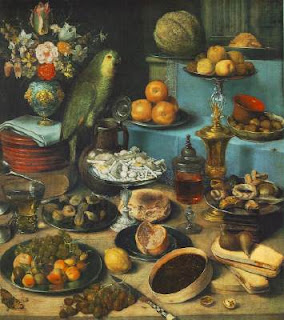 Like many people, I sometimes often struggle with my weight. It wasn't a problem for me until a few years ago, and then *poof*.  I began to wonder why, and one thing I have noticed is that portion sizes are much larger than they were 10 or even 20 years ago.  The theory in gaining or losing weight is quite simple -- not to sound too simplistic.  Too many calories in, not enough calories out, folks will gain weight.  Fewer calories in, more calories burned, folks will lose weight.  It is the whole basis of any weight loss program.  It's the same theory that applies to weight loss surgery -- stomachs are surgically reduced in size so a person cannot eat food in anything but tiny portions.  They lose weight immediately.  Just eat less -- it's really easy, right?  No, it isn't. 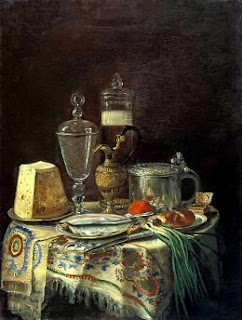 Most of us live fairly sedentary lives in the 21st Century.  We spend several hours a day in front of either the television or the computer. Even in the blogging community, I see folks who are posting on almost every blog in the blogosphere -- every day -- and I wonder how they have the time to do it. They must be nailed to their chairs. Blogging takes a lot of time, and it's a very sedentary activity. I can't do it every day; it starts to become a chore rather than a pleasure.  I am parked in front of my computer all day at work, and often the very last thing I want to do when I come home is to park myself in front of my computer, but unfortunately I often park myself in front of my television.  It would be interesting to find out how many people take an hour in the evening to dance -- rather than sitting and watching "Dancing with the Stars" or -- even worse -- "Losing it with Jillian..." 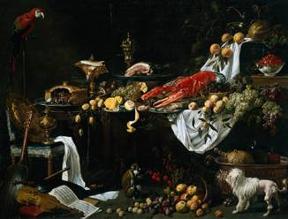 Vancouver, fortunately, is a city of sidewalks and parks, but most North American neighbourhoods no longer have sidewalks.  Hardly anyone walks anymore; our cities are geared towards cars.  Most North Americans drive their cars, because in many of our cities there is nowhere to walk.   We spend many of our work hours and our leisure hours in sedentary activities.  I think if future anthropologists and sociologists were to look back at our civilization, they would learn a lot about us from our television commercials -- food, cars, weight loss programs and pharmaceuticals.  The whole story of our society is encompassed in those four words.  Are the cards stacked against us?  Obesity in children is becoming a problem in North America, and for the first time, the future generation has a shorter life expectancy than their parents.  That's frightening.

Come to Boston, and I will take you on a great walking tour.

Input, output...easier said than done. An old railway line has now turned into a greenway for us. Great feature for walkers and bikers.

Heat advisorys here. Too hot to be out. We have indoor equipment though!

I spend almost as much time at the computer now as I did when I worked all day -- blogging, reading blogs, writing new ones, and commenting. It is a fine line between too much and just enough. Fortunately for me, I get to work out every day at the gym and go hiking with my cohorts every week at least once. But you're right about the TV commercials, and that obesity is becoming an epidemic. Love the picture but couldn't help but hope that parrot was housebroken!

So true, every word. I live in a area with lots of side walks, a park and a library in walking distance, but I had to look hard to find it.

You're right.. food, cars, weight loss programs and pharmaceuticals sum up our civilizaion, except I would replace food with Micheal Pollen's phrase "food like substances". The consumption of fake food is contributing to our weight gain as much as anything else.

I'm headed down to the park in a little bit. Honestly, I think having a dog who loves to take long walks helps me to stay in shape.

I admit that I am one, unfortunately, who has a hard time with the line of too much computer time. I have at times let my chores slide so I could check out other blogs. I've gained weight and generally feel blah. I think the new addiction will become the blog and the pharmecutical company will have to find a cure for me.
I am going to take a tip from you...sign off..and head outside for awhile!
Have a great day Jo.

I try to walk or run EVERY day!!! Love it...wonderful post, dear Jo! And the artwork is absolutely exquisite...I'm just breathing it in!! Sigh...Love your posts...love your blog...love you! Janine XO

I am shocked when I look at myself and reaize that I no longer look like "me". My goal this summer is to get myself and my kids out of the house! Unfortunately mother nature has been making this a bit difficult with all the darn rain she has been dumping on us!

Yes, let's. We can sketch different routes, and never be bored. Gardening helps too, as cleaning house and moving furniture. Lucky for Vancouver and for you!

Too depressed over the truths you've highlighted here to comment - I think I need a nap now.

It took me a couple of years to understand to me down again, while eathing - probably a fault of the city being always in action, nearly day and night - and stopping to eat/drink while walking.
Of great joy it must be to live in such a nice city as yours. Please have a great Thursday.

The portions are larger, even our dishes are. I have recently started buying dishes, just regular old dishes, not china, at consignment shops & they are usually from the seventies & if you put a dish you recently purchased on top of it, it is quite larger, as are the bowls, and tea cups. I have started using these in my house & I have noticed that my family will eat less because they all think they ate a whole plate, but since the sizably plate is smaller so are the proportions!!

ive always known if i didnt swim id be 600 pounds!=0I i love to eat! lolol.. the hawaiians would eat and then nap.. it was custom.. I come from a long line of hawaiian nappers!! =0D

Well, as usual, you are so right, Jo! Portion control is very important, as well as exercise. I blog every day, but I also swim, do yoga, walk, and dance every day. Plus, I workout at the gym, 3 times per week. It's a conscious choice to be healthy.

It is frightening about the shorter life expectancy for today's generation.

I've always been fond of walking and have passed that on to our two kids.

I'm another reader who is suffering under the curse of no sidewalks and heat advisories. But the heat will lift, someday!

The formula's indeed : 'eat less, move more'. But since not all of us are able to carry this principle out successfully, we turn to the scientists .

Why don't all those Nobel Prize winners come up with some effective metabolism booster? Well, I'm afraid they can't even stop an oil spill.

When Lana and I go out we almost always bring home enough for next day's dinner. I like that though.

Having a dog ensures I get out regularly - well when the weather is good - right now it's a tad chilly and it looks like rain so I am vegetating here with my laptop whilst Freida snuggles on the settee!

So true in many ways. From the portions given us to the ways we choose to live.

But sometimes our lifestyles are affected by where we live, not just in terms of sidewalks, but in terms of weather as well.

Last summer, I spent 10 weeks in Berkeley, CA, where I walked everywhere--on sidewalks--to the grocery store, the mass transit, the coffeeshop and library, to my daughter's, and so on. It was purposeful and thus easier to do every day. Plus, the weather was great.

Jo, You hit the nail on the head! Not only is it portion size but also the types of foods we are ingesting. People, we must eat those colorful veggies (raw or slightly steamed is best) and leave the grease alone! As an over weight person, I fight this battle everyday. It's just not acceptable for our children to suffer our idiotic addiction to food simply because we provide them super-sized meals at McDonalds. This is something we can control. Let's do it together. BTW, I don't like Jillian!

I have to say, if one wants to be healthy these days, they have to be pretty dedicated. It's just too easy to be sedentary and eat too much. Having a dog helps because I've got to at least walk a mile or two regardless of the heat or cold. Also, having a toddler who loves the outdoors and running around helps. The biggest problem I have is that healthy eating requires more money and prior planning...Being a stay at home mom with two young rugrats, both time and money are in short supply!

Our town and several around us do have sidewalks and one of the things I love about summer...it using them! I also love when I am at my trailer down the shore because I walk my dog 2-3 times a day...it is good for both him & me! Plus, it is nice having time to think and reflect.

You are so right JO! Let's all go for a walk.

Walking everywhere will keep the weight in check.

Obesity is a separate problem. Low income families can't afford fresh fruit and vegetables and fish and they probably don't have time to cook - carbohydrates are cheap and filling, McDonalds is so much cheaper than a home made meal.

How many rich, fat people are there?