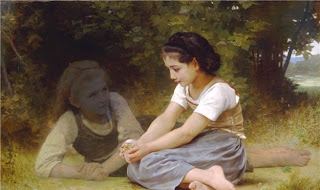 When I was a little girl, I had an imaginary friend named Patty Kaye.  I grew up in a house with two older brothers, and I very much wanted a sister.  Patty Kaye filled the bill perfectly.  She and I did everything and went everywhere together.  For my fourth birthday party I insisted there should be a place setting for Patty Kaye, because I knew she would be very upset if I didn't include her in the festivities.  And believe me, you didn't want to upset Patty Kaye.  She could be very mean when she was angry.  But she was my constant companion, and was always with me.  I can't quite remember when Patty Kaye left me, perhaps I left her, and I have a feeling that if I listen very closely, I can still feel her presence.  Perhaps she was my guardian angel, or perhaps she was just the lonely spirit of a child who had passed on, and needed to still feel connected to this world. 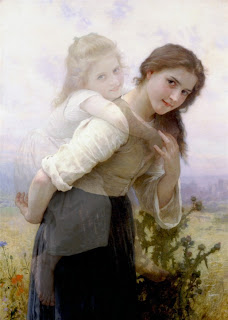 Almost universally, all children have an imaginary friend.  They usually come to visit the children at around the age of three and they leave at around the age of six or seven.  My daughter had an imaginary friend named Katy.  She even introduced Katy to my mother, who managed to have a long conversation with her one day, and they all had a wonderful tea party.  Phinnaeus had two imaginary friends -- Bum and Bacon -- and they were like a comedy team.  Bum and Bacon used to wrestle with each other, and generally caused a lot of mayhem.  Phinnaeus was always trying to break them up, and he actually became quite exasperated with them at one point.  He would be sitting with us at the dinner table, or in the living room, and he would hear their commotion, and would get up and go into the bedroom to referee some sort of melee that was taking place.  I think he was relieved when they finally took their leave.  I don't know if Marigold had an imaginary friend, she never told us, but I'm sure she did. I certainly hope she did. Imaginary friends are a very important part of every child's life and are very real.  To many children they are indistinguishable from real people. Imaginary companions are an integral part of many children's lives. They provide comfort in times of stress, companionship when they're lonely, someone to boss around when they feel powerless, and someone to blame for the broken lamp in the living room. Most important, an imaginary companion is a tool young children use to help them make sense of the adult world. Kutner, Lawrence. Insights for Parents: Midnight Monsters and Imaginary Companions. 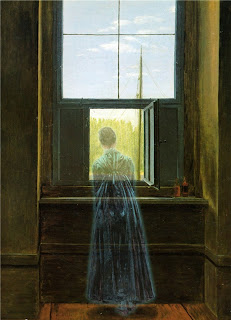 I believe imaginary friends are real spirits. I have always been able to sense the presence of spirits.  Sometimes it's comforting, and sometimes it can be disconcerting.  I remember Patty Kaye was my closest companion, and she could read my thoughts.  She knew what I was going to do before I did it.  She steered me away from danger and kept me out of trouble many times.  At other times she led me astray -- far astray.  I was once arrested, at the age of four -- for something Patty Kaye did.  My mother asked me to take the garbage out to the compost at the back of the garden.  The garbage was filled with potato peelings, and Patty Kaye decided it would be more fun to dump them over the neighbour's fence.  I couldn't stop her.  The neighbours called the police.  Constable Brooksbank marched into our living room, took one look at me and bellowed, "Is this the criminal?"

Patty Kaye still occasionally gets me into trouble, and if I listen very closely, I can hear her giggling.

Who was your imaginary friend?  I'll bet he or she is still with you.
Posted by Jo at 9:50 PM

I never had one. I guess my Mother would have send me to the Shrink.
Though I personally think that people with imaginary friends are more likely to have an higher EQ.

No I am not going into my imaginary friends, they keep telling me to take the blue pill...BUT after all of these years Jo I FINALLY was able to recognize a painting you put up at first glance and even know the painter, have had my hands on it and hung it at least four different times in the 80's..."The Nut Gatherer's" by William-Adolphe Bouguereau!

If I remember correctly, I had at least a half dozen imaginary friends. I was an only child and didn't have many friends at that age. I did everything with them too. I too can't remember when they left me, but I do remember loving all of them.

I had an imaginary giraffe that followed me everywhere. :)

I had an imaginary friend named Deeky, who was a boy. He never got me arrested and he disappeared when my mother told me that he wasn't "real" because she couldn't see him. But I could, and he was a very good friend.

I had an imaginary equine friend who I carried with me around school in the form of my galloping right hand with the middle finger as the head and neck. She was called Holly. I was a bit obsessed with ponies with no chance of having one. It took me till I was 42 to fulfil the dream!

I had two imaginary friends - Duck-Bronk and Paris. We were a wonderful trio. I do remember a day when Duck and Paris ripped the blanket I used to carry around with me. I had that blanket by my side everywhere I went until I was 8 and I left it at a bed and breakfast we stayed at on a family trip. They left me when I left the blanket. Even though we went back to the B&B a few months later and retrived the blanket, my friends were still gone.