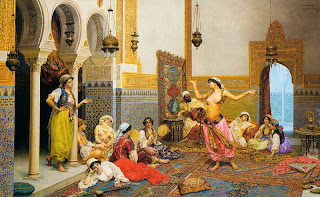 Until now, I thought the only thing that grew in belly buttons was lint. But, apparently our belly buttons are home to a lot more little critters than that. Are you aware that one of the richest biodiversity locations in the world is ~~ your belly button? Yes it is. Using volunteers, scientists at the Belly Button Diversity project have located 1400 different bacteria living in belly buttons, 662 of which are new species. The volunteers included science bloggers, North Carolina State students, and staff at the North Carolina Museum of Natural Sciences. They were asked to put cotton swabs in their belly buttons and turn them around three times. The swabs were then placed in cultures and the bacteria was grown. One of the volunteers, who regularly washes out his belly button daily, was found to be bacteria-free, while another volunteer was found to have 53 different species of bacteria, one of which had only previously been found in soil samples in Japan.

According to Jiri Hulcr, a post-doctoral candidate at North Carolina State University, "The belly button is protected, making it a safe haven for normal skin microbes”. That gives all of the bacteria that are normally found on other parts of the skin a chance to thrive, unthreatened by the oils or other secretions produced on other areas of the body.

If you want to see pictures of what may be growing in your belly button, you can check here.

Okay, the last one into the shower is a rotten egg ~~ literally.
Posted by Jo at 9:44 AM

If I had thought about this when I was doing my doctorate in Microbiology, I could have spent my time taking samples from the navels of belly dancers instead of sewage ponds (which was my actual thesis).

Well, I for one am going to be MUCH more diligent :)

I really found this post amusing! I kinda love studying microbiology and am looking forward to work at the microbiology labs this summer.
Thanks for sharing.

Gee, thank you sooo much Jo,
I think I need a shower right about now!!

I know this is true. My Mom was once hospitalize with a infection in her navel. To visit her we had to get completely covered and wash afterwards.

I put oil on a q-tip and roll it around in my navel about once a week. It keeps the beasties at bay.

I wash mine every time I shower because I don't want to collect lint, but it never occurred to me that I was destroying ecosystems. And now that I know, I'll still continue to do so, only more vigorously.

How funny! I guess this is only true for "innies" because "outies" don't have that little fold to collect stuff. Being an innie, I'll make sure I clean that little place a LOT better!

I am completely grossed out by this! I wash my belly button everytime I am in the shower but now I will be giving it much more attention! And my kids! Oh goodness, everyone in the tub NOW!