The Greatest Love Of All 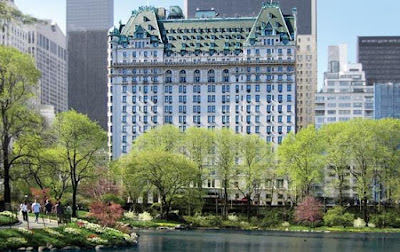 The Greatest Love of All has always been one of my favourite songs. It was written by song-writer Linda Epstein and originally recorded by George Benson for the movie biography of Muhammad Ali. At the time that she wrote the song, Ms. Epstein was suffering from breast cancer.  She wanted to express her feelings about dealing with challenges in life and being strong, and passing the strength on to children. Linda Epstein died of breast cancer at the age of 36, just as Whitney Houston made the song an international hit.

Whitney Houston had one of the most beautiful, pure, clear voices of any singer. She never had to resort to warbling, but could belt out the song with strength and power. It’s beyond tragic that that beautiful voice has been silenced at the age of 48. I hate substance abuse. With a passion. It robs and it kills.

Rest in peace, Whitney. We will still have your music.

Another senseless death and as you say it robs humanity of its artistry. Human being are indeed only human beings. When they are treated as gods, it often results in tragedy.

I have a feeling that her body just gave out after all the abuse it took. Apparently, she was happy and looking forward to the party for Clive and going to the Grammys tonight. I'll be watching as it is going to become a tribute evening. I remember my 2 daughters dancing at the cabin in the sand to "The Greatest Love of All."

Such a shame. But her beautiful music will live on.

I love the song, too, but if I had ever heard the story behind it, I had forgotten it. Whitney's amazing voice has left an imprint in our minds that will not be so easily forgotten.

What a great loss! Thank you for this tribute.

Whitney, dead at 48, the end of a spectacular talent in decline.

Thanks for sharing the music.

Whitney's death reminds me of the movie The Days of Wine and Roses.

A woman marries a man who introduces her to the life of drinking and she is destroyed by it.

Good post and I could see you and your daughter walking through downtown Manhatten - nice image of what must have been a very pleasant trip.

So sad. Such a talent but such a waste. And she is just the latest in a long line of celebrities of late that have had their life cut short by substance abuse. Will the remainder wake up to the danger or follow the same path?

Still the greatest of your Blog, posts ...beautiful post! and the Greatest of love of all...