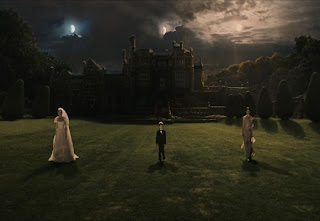 When I was a little girl, my two older brothers took great delight in frightening the tar out of me at every possible opportunity. There were no holds barred, and of course because I was the youngest of three children, my parents were more relaxed by the time they had me. They paid no attention. At all. One of my brothers accidentally set the kitchen on fire, and the curtains and most of the cupboards were gone before I could get my parents' attention. Mom and Dad were in the garden, and I kept running outside, "The kitchen is in fire! Really! The kitchen is on fire!" When they finally saw the smoke billowing from the windows, they realized the severity of the situation. So, all through my childhood, I was fair game for my brothers without anyone paying too much attention. As a result, I developed a fairly severe anxiety disorder that took years to get rid of, and very occasionally something will trigger it again.

One of the things my brothers used to say to me was, "What would you do if the world came to an end?" (Oh, I know, delightful little b*ggers, weren't they?) At the age of five or six, my world, of course, consisted of my cozy house, my friends, school, teachers, Mom and Dad, visits to my grandparents. I had no real knowledge of a world beyond that, or even a world beyond our world, other than to know there was a vast universe "out there somewhere". But to my brothers, the universe was a scary, mysterious place, filled with rogue planets that could crash into ours at any moment, obliterating all life on earth. Fortunately, my father was an amateur astronomer and had dozens of wonderful books on the universe and the stars, and it wasn't until I was in my teens that I could look up at the night sky and watch the shooting stars without fear that one of them had our number on it. 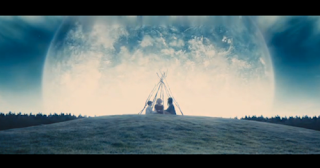 The other day I watched a movie called Melancholia that took me at the speed of light -- no pun intended -- back to my childhood. It is the story of a huge rogue planet, Melancholia, that is headed straight for earth. Visually, the movie is a work of art, and Kirsten Dunst's performance was Oscar-worthy. As a work of it, it does what art should do -- it is sometimes difficult to look at and even more difficult to forget. As one critic said, "Melancholia will haunt you for days, maybe weeks." In addition to being a work of art, the movie is a cautionary tale as well. Life on earth is fragile, and it doesn't take a rogue planet to destroy it. We can do a pretty good job of it ourselves if we are not careful. On this, the first day of spring, we should celebrate the new life emerging from the earth.  It may well be the only life in the universe, and it is precious.  It's when we realize how close we are to losing something, that we learn to appreciate it.
Posted by Jo at 10:19 AM

As a work of it, it does what art should do -- it is sometimes

I was about seven or eight and sort of baby-sitting - and the line of nappies hanging to dry on a piece of string above the fire went up in flames!

Terrified (of course) I managed to pull the whole string of these blazing nappies into the fire.

Phew! Not my fault, but what would my mum think? She was upset but that was all. Five or six gone west - but could've been so much worse.

I loved walking along with you...the final line were gold indeed!

What doesn't kill you makes you stronger hey Jo. And of course you can get your own back on them these days by always being younger than them! Hope you always get the attention you deserve now if not in real life then from your internet friends!

Sadly, we humans are perverse like that. We rarely appreciate what we have until we no longer have it.

My brother also took great delight in punishing me for being born, which made me fair game. No matter what he did to me, my mother said he was "just teasing." I was a very nervous child indeed because my world came to an end in one way or another every day.

I haven't seen this movie but definitely will.

Looks like an interesting movie. Don't need anything near a large as planet to do us in. I worry far more about very small things being genetically engineered than crashing planets.

I heard some students engineered some ecoli to smell like spearmint because they were tired of the putrid odor. That to me is worrisome.

I am the youngest of 4 and felt the same way.. picked on, especially by my one brother, who was the oldest. He knew how to get under my skin, and I felt like I didn't get enough protection. I'm still getting over it in some ways. I may have to see this movie.. sounds interesting.

I never had the chance to see the film when it came out, but you've certainly got me interested in renting it. Thanks Jo, your movie recommendations are always excellent.