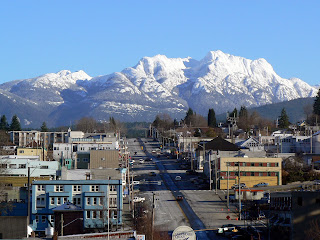 The town where I grew up was in the middle of nowhere, nestled in a valley in the Beaufort Mountain Range that made up the spine of Vancouver Island.  We were just about as isolated from the rest of Canada as any town could possibly be, and still be part of the country.  My mother had grown up in South Africa and my father had worked as a Chartered Accountant in Toronto, and they both told stories of those far-away, wonderful places.  My childhood was fun, and filled with fabulous adventures of riding our bikes out to Sproat Lake to go swimming, or ice skating at the rink, or dancing at the high school dances, or hiking up the mountains.  It was a beautiful area nestled in the valley at the foot of Mount Arrowsmith, but still it was a small town, and I couldn't wait to shake the dust of it off my feet.  I wanted the bright lights and big city.

The high school I attended was a fairly large school, and our graduating class was over 200 people.  We were like family, having grown up together since kindergarten.  For me, it was like having 200 brothers and sisters and many of us have kept in touch over the years.  My mother used to tell me that my school friends would be "ships that passed in the night", but she was very wrong.  My ties to some of my school friends are as close now as they ever were.  Last week there was a high school reunion, which I opted not to attend, but I received a CD of all the biographies people had written about themselves, including photos.  Some were unrecognizable, others had not changed at all. 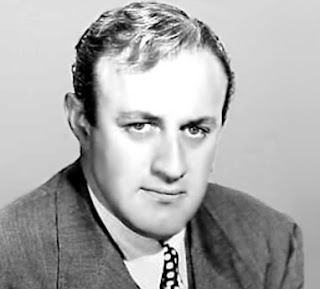 We studied Shakespeare in grade 12 English, and Mr. Chalmers used to stand at the front of the class and act out all the parts as we read along.  He translated the English of Shakespeare's day to a room full of 17 year-old kids in a remote town on Vancouver Island.  And we all got it.  Mr. Chalmers made it come alive, and we understood it.  I was convinced that Mr. Chalmers was really the actor, Lee J. Cobb, moonlighting as a high school English teacher. That one hour of English class was magical for me, and I have recently discovered that it was magical for everyone else too.  And everyone else remembered it.

Mr. Chalmers is no longer with us, but I can't help thinking he would be honoured and perhaps a bit amused to find that all these years later we still think of him, and we remember what he taught us.  The alumni of Mr. Chalmers' class consists of a rich man, poor man, baker man, thief; doctor, lawyer, Indian chief.  Is that politically incorrect?  Well, there is indeed an Aboriginal chief in the alumni of Mr. Chalmers' class.

How often do we go through school saying, "Why do I have to study this?  When am I ever going to use it?" It is indeed a special teacher who not only teaches us, but teaches us why we need what he is teaching us.  And we remember not only what he taught us, but we remember him.

"Ignorance is the curse of God; knowledge is the wing wherewith we fly to heaven."  ~~ Wm. Shakespeare

A great teacher makes a difference in so many lives. My high school English teacher ruined Shakespeare for us but later, when I attended the American Academy of Dramatic Arts in NYC, our Shakespeare teacher was an actor named Jack Aronson of the Old Vic Theatre in London. Like your Mr. Chalmers, he made the Bard come alive and relevant to our lives. It didn't hurt that he cast me as Juliet on the first day either.

What a wonderful tribute! I wonder if any of my students remember me. I did try to make learning fun and relevant.

This is a beautiful tribute, Jo. I love when people recognize teachers who have made an impact on their lives. We had someone similar to your Mr. Chalmers in our school and he taught there for years. I had dinner with a few of our alum in Philadelphia last weekend and they were all reminiscing about him.

My favorite teacher, who gave me many wonderful memories was George Z. (he always claimed it stood for zero) Wilson my drama teacher.

For me and many others it was Mrs. Hill. She died a couple of years ago and, though it had been 40 years since I'd seen her, I still grieved. She was such a gift to all of us.

I had a wonderful English Literature teacher who made Chaucer come alive - not an easy fete.

I believe a great teacher instills not only a knowledge, but a love for life long learning.

What a beautiful post. I was fortunate enough to have many teachers who made a difference. I know it is an encouragement to teachers today when they hear those of us long past our school days remember the impact dedicated teachers had on us.

What a wonderful story! I was blessed by having a few teachers like that. I wish more were.