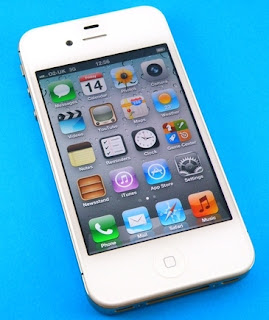 After dragging my feet for so long, I have finally joined the 21st century and acquired a cell phone.  Yes, my first cell phone.  Marigold and Phinnaeus came with me to the phone store and were my advisors on what I should get.  To be honest, my head was reeling after listening to the sales clerk's spiel, and I had no idea what I was signing when I signed the contract.  It turns out it's a pretty good deal, all-in-all.  The phone, an iPhone4S, was free.  When I got it home, I proceeded to set up my ten "favourites", and then gingerly pressed the buttons to see if the phone would work.  It did.  I texted Marigold.  She texted me back.  All right...!  I then texted Phinnaeus.  Within moments I received a reply.  Whoo hooo!  I then ventured into the area called "Camera" and clicked the button, et voila, there it was -- a perfect photograph of my feet.  One thing I did discover in the phone is an application called FaceTime.  If I use that application when I am phoning someone, they can actually see me.  I must remember never -- ever -- to use that.  No, no, no... 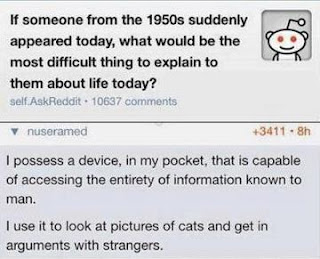 After carrying the phone around with me for a week, I decided to find out what other marvelous 21st century things it could do.  So I ventured into a place called "AppStore".  It was like entering a whole new world, one that I had no idea existed.  There is an App for everything.  Being a bit of a news junkie, I have downloaded CBC, CNN,  Global, ABC, CBS and my New Yorker magazine.  I have even downloaded CBC radio, and as I sit here, I am listening to a Mozart piano sonata.  Who knew that world existed.

I have an iPhone 4S, too. Have you met Siri yet? I love my phone. I got lost in a parking lot the other day and went home and downloaded an app to make sure that never happens again! There are over 100 that just help me find my car! :-)

I just got a refurbished iPhone 3. I had no idea. I downloaded a timer application for my exercises. Now I don't have to go in search of a kitchen timer.

I also use iCloud because I have several Apple devices. I can download the entire music collection from my home computer to my iPhone!

The IPhone is outdated. You should had gotten a Windows Lumia 920. It's easy to use, looks amazing, has tuns of cool apps and works with your tablet and computer. (If you use Windows.) I would be lost without mine!

Congratulations, Jo! My husband has an iPhone 4s and loves it. The Siri feature is so much fun and so helpful.
Isn't it amazing how quickly these high tech devices become part of our lives. Bob was saying today that if he were to simplify his life and try to get back to the basics, what devices would he give up? So far, he has decided that he couldn't possibly give up his iPhone, his iPad, his iPod, his Mac, etc. We're all hooked!

Well, you have gone way ahead of me, Josie! I'm almost scared of those things because I'm not that computer savvy...it's taken me long enough to learn the computer! Do you still have your "regular" phone for phone calls? I almost phoned you this morning but I can still hardly talk without coughing so our "adventure" is still going to have to wait! Every time I try to do something, my fever goes up and I almost collapse! :(

Well, you have gone way ahead of me, Josie! I'm almost scared of those things because I'm not that computer savvy...it's taken me long enough to learn the computer! Do you still have your "regular" phone for phone calls? I almost phoned you this morning but I can still hardly talk without coughing so our "adventure" is still going to have to wait! Every time I try to do something, my fever goes up and I almost collapse! :(

Very impressed at how quickly you're finding your way round it. My eight year old son has an i-pod which also does face time (he bought it himself I should stress, with six years worth of Christmas and Birthday money!). He and his best friend keep in touch that way but I agree with you....not for me!

My cell phone is still just a phone, but I did enter the Apple world this year when I got an iPad for Christmas. I, too, have been amazed by the all the apps. Learning how to use them all is my new hobby. ;-)

I got an iphone earlier this year and though I don't use it much it's wonderful when I do. Siri was a big help when we needed directions.

Welcome into the 21st century - I hobbled there myself. My wife still has no cell phone and does not want one so you are by no means the last lady on the planet not to have one. You certainly seem to be mastering the 'tecco' side of things - well done. I like the question and answer to the 1950's close encounter.
Very Happy 2013 to you, Jo.
~ Eddie

Great post. I don't have a cellphone and as of now I don't think I need one in my life. Sometimes I think maybe it is best to not know what I am missing.

Too much, too fancy & can't live without it.

Good luck with the new phone and the apps.