The Geography of Men and Women 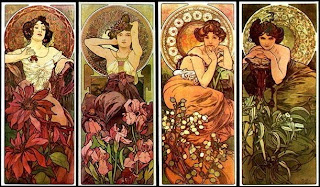 The Geography of a Woman

Between 18 and 22, a woman is like Africa, half discovered, half wild, fertile and naturally beautiful.

Between 23 and 30, a woman is like Europe, well developed and open to trade, especially for someone with cash.

Between 31 and 35, a woman is like Spain, very hot, relaxed and convinced of her own beauty.

Between 36 and 40, a woman is like Greece, gently aging but still a warm and desirable place to visit.

Between 41 and 50, a woman is like Great Britain, with a glorious and all-conquering past.

Between 51 and 60, a woman is like Israel, has been through war and doesn't make the same mistakes twice, takes care of business.

Between 61 and 70, a woman is like Canada, self-preserving but open to meeting new people.

After 70, she becomes Tibet, wildly beautiful, with a mysterious past and the wisdom of the ages ... only those with an adventurous spirit and a thirst for spiritual knowledge visit there. 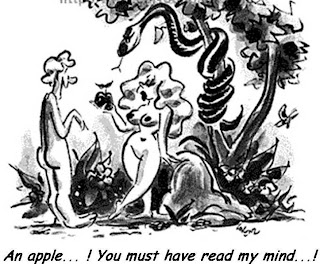 The Geography of a Man

Very clever and wise. As a squirrel, I too am ruled by nuts so I too am offended by being compared with those ruling Iran or indeed with men 1- 70 years of age. I may sue......for nuts.

You know what they say Jo: "The king is dead, Long live the king!"

So I am an Israeli now.... good....Just let me settle the mess that is going on over there all the time! Take care of business straight away!

and as for men, Jo...do you want to take on and post about that 13 year old Brit Dad that is the latest uproar over there now? I haven't read the details...

The Damselfly wanted to know if I think she really is like Greece.

As for me. Over time I will become a world traveller. LOL

i would be offended by your geography lesson but i'm still laughing.....and still nuts too!!!. only seventy? with viagara and everything else.....watch out tibet....jc

Love the post. I forwarded the link to my friends so they could see it too!

I love this! I'm happy to be Canada and I've always been fascinated with Tibet. But, dang, I want to be Spain again. Those were the best times of my life.

Wonderful analysis. So I am Europe now!..I love this post!..

One thing is agreed upon. Women are more complicated than men.

I'm speechless! :D This is awesome!!!

I love your sense of humor Jo!

Good article, Jo! And men should not take offense, because clearly, it is the truth. :-)

Men are hard-wired that way. It is a built-in inclination to assure that the human race continues.

hahahahaha, you just made my day ... !! Thankks

Dear Jo,
This is nothing to do with today's post - but despite having read so many of your old posts I have been unable to discover who or what are the Munchkins??? Tell me please!
xxShai

Oh that was brilliantly clever. I do love the last line, 'ruled by nuts' Isn't that truly the case.

Loved that! I was with you up until "after 70," which is my Mom's category. I must keep my comments on that to myself!

You have it down! LOL!

how wonderful! clever and witty, i love it!

Very funny post. My guy friends will not agree on a matter of principle, but I guess they have to grin and bear it. Splendid. :)

not really related to your very humorous post but... I love Mucha! He's my fav. My husband bought me a tiny original print for our first Christmas together, a woman huddled in a swirling blue wrap with blue wind streaking past and blowing her brunette hair. I thought maybe it was from a calendar (it says Mars underneath, March in French) but when i unframed it, it's an old postcard. I've gotten it reframed now so you can tell it's a postcard, and it's one of my most cherished possessions.

Very amusing although I suspect Iranians may differ,

Perfectly well put and true! Your geography is perfect in both time and place :)

if only I was thought like that in school, I would have remembered all those countries ;P

heheheee....
u mean women age old, they change like seasons, and yet they are proud and content on having such wavering personality!!!
well, i m 18, and i m sure men don't age till 70 XD, and we have fixed persona so rely upon till then...
god bless u Jo and let him grant you a long life so that u can live in Tibet :)

I red it thrice , tried to add or subtract something from myself but failed , written wonderfully perfect.

If your relationship is not the biggest source of happiness and joy in your life...

If you’re not getting the love, devotion and adoration that you deserve...

Or if the men in your life seem to lose interest out of nowhere leaving you confused and hurt...

Then I can honestly say that this video is the most important thing you can watch right now and will absolutely transform your relationships forever.

==>Men Commit When They Feel This

Once you discover this one missing “secret ingredient” to lasting love and devotion... You’ll be able to emotionally “click” with men in a way that no other woman ever has.

And he will feel an irresistible urge deep in his chest that makes him want to lovingly commit to you and never let you go.

So if you’re looking for tricks and mind games to get a man’s attention or manipulate his feelings, then this is not for you.

There is plenty of stuff like that out there. But I’m pretty sure you’re looking for something more genuine.

Something special that will last the test of time.

Something that will empower you to create real desire in a man and the kind of emotional bond that life partnerships are built upon.

If that’s you then this video has your name on it. You can watch it here:

==>The Secret To Become Any Man’s Secret Obsession