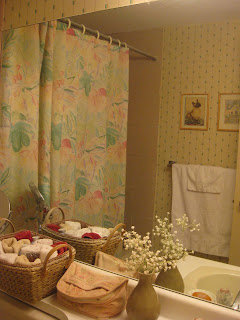 There is a show on television called "1000 Ways to Die", but I have never watched it because the premise of it seems too morbid to me. According to Wikipedia, "1000 Ways to Die is a docufiction anthology television series. The program recreates unusual supposed deaths and debunked urban legends and includes interviews with experts who describe the science behind each death. Up until the end of season one, the final story of each episode showed actual footage of dangerous situations that almost ended in death, along with interviews with people involved in the situations. A portion of these deaths have been nominated for or have received a Darwin Award. A frequently recurring motif is that of unsympathetic individuals' choices backfiring on them, resulting in death. The show is filled with black humor (particularly in the narration) which tempers the otherwise somber theme of death. It portrays the deaths using live-action recreations of the events along with expert and sometimes witness testimony, also using graphic CGI animations, similar to those used in the popular TV show CSI, to illustrate the ways people have died." Well, they can add one more unusual way to die to that list: death by mirror.

I have a large plate glass mirror in my bathroom. I have lived here for 14 years, and only recently I noticed the mirror was slanting forward. At first I thought the room was crooked, and then I realized the mirror was not properly anchored and was beginning to tilt forward from the top, and was slowly leaning away from the wall.  I was able to push it back until it was secured between the side wall and the shower, and then I phoned a handyman to come in and fix it. Immediately.  When he fixed it, he said that it had never been properly glued to the wall.  I have been living with that mirror hanging over my head ~~ literally ~~ for the past 14 years, and it could have come crashing down at any time.  And that thing is heavy.

One would have to pause and reflect upon the cause of death..

Hilary, ha! Trust you to come up with a pun like that. Love it!

I just can't add anything else here..what a way to go and no, I have not, will not watch that show. I've never even heard of it...imagine though..gah.

Years ago I frequently received various Darwin Awards by email. They always bothered me. These awards gleefully recounted the deaths of individuals doing something that was poorly thought out. Not only was there an air of intellectual arrogance that the truly stupid got what they deserved, but there was also a certain joy in that the stupidity would be eliminated from the gene pool by Darwin's theory that the intellectually unfit would not live to reproduce. Quite often the victims were children or young teens.

I rather imagine that the lion's share of these things were fictional. But yes, children, teenagers, and adults quite frequently do stupid things as do drunks and people who are in some passion of the moment. In fact I doubt that, but for the grace of God, there are many of us who could not have at one time or another been the recipient of a Darwin Award. Is the death of a human being so worthy of arrogant glee?

This could easily have been a smashing post Jo. So glad it was not!
Had this mirror smashed it would have been more than seven years bad luck I guess. But, looking on the bright side, if it had crashed down whilst engaged on the throne it would have probably cured any constipation one might have been suffering from.

What a way to go!

Is this the same site that publishes things like the man that drowned to death because he accidently passed out face down in the dog dish?

I wouldn't so much worry about death by house mirrors as much as I would worry about inattentive lazy people who don't care how their actions might later affect others.

I'm so glad you saw it in time and had it fixed! It would have been an awful way to die.

I don't watch that show, just too graphic, I can't stomach it.

I don't remember if I told you, but that happened to my ensuite mirror after the earthquake we had. Because there was a crack in it, I had to have it replaced! But it looks good now with a new light fixture, too! Glad yours didn't fall down on you. Wonder if the earthquake did it in your place?

so glad you heeded your angel's little voice showing you!

OMG. Just omgomgomg. I'm so glad you got it fixed in time.

And that show, which I've never heard of, was just added to my very long list of TV shows to avoid.

Reflect, indeed! I did not know about this show, but wouldn't watch either. Glad you saw it before a murder occurred!!

I'm glad you saw it leaning and had it fixed. even if it fell and didn't harm you, it would have cost a small fortune to replace one that large.

This post brings Chuckles the Clown to mind...so glad you discovered the problem before suffering an embarrassing demise. http://www.youtube.com/watch?v=sTi9cUyfXgY

Glad you caught this before it could do any harm.
I'm thinking how awful it would be to have your last moment be looking at your stunned face in the mirror, pants around your ankles, as you sit on the "throne".

Glad you got the mirror re-anchored Jo.