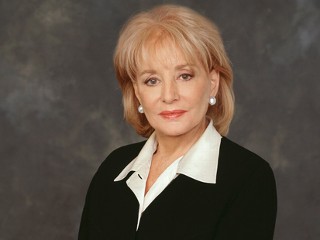 Barbara Walters has announced eight of the ten people on her list of 2010's most fascinating people.

Well ... I can understand Barbara's choice of Sandra Bullock, after her graceful endurance of her painful divorce. My goodness, what an elegant woman. And I suppose Jennifer Lopez was chosen because ... Hmmmm ... I can't think of a reason. I would imagine Sarah Palin was chosen because she seems to be a survivor, and Betty White simply because she has survived. The choice of Kate Middleton is obvious -- she has caught the brass ring, well, the sapphire and diamond one, to be specific. 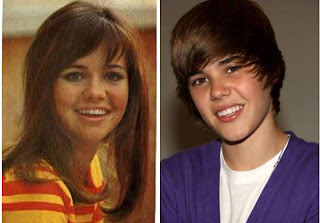 Justin Bieber? Justin Bieber? Is he/she a boy or a girl? I can't tell.  He reminds me of Sally Fields as Gidget, except he's prettier.  Oh, I know, I know, all the tweens and teens love him, and he is very talented, but really is he one of the most fascinating people of 2010?  What on earth is going to happen to him when he hits his 20s and 30s?  Will he turn into Leif Garrett?  I hope not.  And Snookie?  Snookie is fascinating?  Pretty slim pickings.

If you had your choice, who would you choose as the top ten -- or even the top five -- most fascinating people of 2010?  For a start, I would choose the person who invented the robot vacuum cleaner.

Other than perhaps Kate, I find the rest of the list a total opposite of "fascinating". Indeed I find most 'celebrities' contrived, unauthentic and just boring.

Teri, omigoodness, I completely agree with you. How on earth did we turn into such a "celebrity cult"?

I don't find any of the people mentioned fascinating. I like Sandra Bullock and always watch her movies, but as to fascinating, no.

In all fairness Justin B is looking a little less "tweenish" these days and his hair is shorter. I think he is fascinating simply because he has acheived such great fame at such a young age and while he has been coached and lead he is very accomplished at what he does . He is however younger than my grandson- who spent ayear with similar hair before Justin was popular but now has a sghort shor t buzz for sports;o)

My problem is that increasingly all the people I would recognize are dead. I can't tell any of the 250 young blond girl singers apart. Most of the people in the news are in the news because they'e done something outrageous. I give up - I can't think of anyone.

She had to say something that was trendy - that the younger demographic could relate too. Kate Middleton - possibly but its only because she is going to marry a prince. Maybe Betty White because she is the comeback kid & obviously has experience and wisdom beyond the others due to her age.

No one fascinates me these days...but I'd pick someone like Billy Graham - I can't help it..

most fascinating people of 2010?

Barbara is trying to please her audience. My choices:
1.Palin, she keeps on ticking..
2.Michele Obama, grace under fire
3.Glen Beck, the mouth that roared
4.Jon Stewart, the other mouth...
5.G. Clooney, acting outside...
6.Betty White, endurance
7.Lady Gaga, all over herself
8.Megan McCain, fresh face
9.N. Pelosi, woman of steele
10.M. Bloomberg, man of millions

Jo, it never fails that when I check into your blog, I find something interesting, thought-provoking, and often intelligently humorous!

I just cracked up over Sally Field / Justin Bieber. Sooooooo true! I never thought of it/him that way but the comparison is PARFAIT.

Good on ya. I love WIll and Kate ... wishing them well.

Cheers from Paris at the moment.

Carolyn at My Sydney Paris LIfe

How shallow to find these people fascinating - what have they done to be deemed as such - indeed I have never heard of some of them (not that that means anything). What I would like to see is recognition being given to the people (and yes there are many out there) who actually deserve it.

My choices would be:

Hmmm. I wonder who I would consider fascinating if I thought about it. It doesn't seem right somehow to call those ten the "most" fascinating, but this is Barbara's idea, right? Maybe she knows something I don't about them. :-)

I think I would choose ten blogging buddies because there are way more than ten that fascinate me. You'd be on my list, Jo!

I agree with DJan, you should have been on that list too! On my fascinating list, I would also include Fidel Castro and Queen Elizabeth.

I suppose I am fascinated that Barbara Walters finds these folk fascinating. I have a family of seven living in a 34' RV in my park and they have 5 of the most well-balanced children I have ever met. My doctor has MS and still manages to maintain a medical practice and have genuine compassion for his patients. I find these people fascinating.

Well I certainly wouldn't pick Sarah Palin or anyone else on her list! The only celebrity that I find fascinating is Cher. At 64, she looks fabulous, and her new movie is amazing! I admire her stamina, too!

Oh Jo this was hilarious I mean ya Justin beiber??????? And about kate, even though she might have snagged the ring doesnt mean she can make it to the top most fascinating. The names given are ridiculously short of the word fascinating.
But actually just ignore my mean meanderings here, and I will just say - to each his/her own.

I can't understand most of those choices at all. I recently heard Justin Beiber sing and was horribly disappointed - he was off-key and nothing extraordinary, but he IS indeed very pretty. I've never seen Snookie's show as I never watch reality tv, but I know enough about her that I would never in a million years consider her "fascinating."

Of course this is all sour grapes as once again, I failed to qualify. This happens Every Year. (Sniff.)

I can't understand most of those choices at all. I recently heard Justin Beiber sing and was horribly disappointed - he was off-key and nothing extraordinary, but he IS indeed very pretty. I've never seen Snookie's show as I never watch reality tv, but I know enough about her that I would never in a million years consider her "fascinating."

Of course this is all sour grapes as once again, I failed to qualify. This happens Every Year. (Sniff.)

Neither Sarah Palin nor Justin Bieber would have made my list. But mine probably would look much different as I live on the other side of the planet.

Well there is that being that created all then after that is everyone else on the planet. I know I went over ten with my list but hell, everyone is fascinating.

I think that's an American thing. They love celebrity gossip.

Any list of fascinating people without Aung San Suu Kyi is a joke.

You and I agree on Snookie: EWWWW!

He is a Canadian kid from a small town who posted to You Tube and became a sensation.

But what blogging shows is how fascinating we "nobodies" REALLY are!

i'd pick:
-Kate Middleton for being the future queen
-Stephen Colbert for ... many reasons
-Jon Stewart for ... the same reasons
-Imam Rauf for the controversy (everyone is entitled to an opinion)
-Alexandre Bilodeau for finally putting Canada on the top of the podium at home
-Harry Reid for sticking to it
-John Boehner for showing 'em up
-Kathy Griffin for being able to laugh at herself
-Conan o'Brien for getting back in the ring
and....
-Hu Jintao for getting ever so closer to being the superpower