Political Correctness ... Where's George Carlin When We Need Him...? 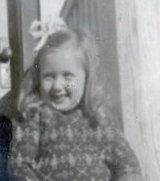 When I was a little girl, I grew up in a small town on Vancouver Island. The town, population about 40,000, is situated at the junction of an ocean fjord and a river, and it is a beautiful area. My life was rather Rockwellian I suppose, and even then our culture was very diverse.  My friends were the children of people who had come to Canada from all over the world after the Second World War.  My best friend's family was from Denmark, and I had friends from France, China, Italy, Japan, Russia, Germany, Australia, New Zealand, Holland, Yugoslavia, India, Norway, Sweden, Finland, the British Isles, and even that most foreign of distant lands, Quebec.  Canada is a land of immigrants, and in some way, all of us are a minority.  My mother was from South Africa and my father's family was from Scotland.  I remember my friend Sonja, whose parents were from Finland, always had the most wonderful cookies and cakes in her lunch at school.  I loved going to her house and watching her mother bake, and inhaling the delicious aroma.  My friend Loretta was from Yugoslavia, and her mother cooked fabulous pasta sauces that simmered on the stove all day, again with a lucious, mouth-watering aroma.

In my small town we all grew up with a certain Canadian culture.  Yes, Canada has -- or I should say, had -- a distinct culture.  It was an amalgam of these various cultures that my friends' families brought with them.  We celebrated each other's cultures, but we didn't try to eradicate them.  We knew on a instincual level that that would be wrong. And even I, this boring little Canadian girl, had a distinct culture, and it connected me to the other people in my culture. It was a thread that bound us together, just as any culture binds the folks in that culture. But my culture is being taken away from me and from the other people in it. Removing my ethnic culture removes the bonds between me and the rest of people who practice my ethnic culture and weakens us as a group. We are slowly but surely expunging our traditions.  This is cultural genocide.

The definition of cultural genocide is "the process of undermining, suppressing, and ultimately eliminating cultures". And we are allowing it to happen to us and, in fact, with our political correctness run amok, we are hastening the process.

My friend Russell has a wonderful post today about a school in Iowa that has taken political correctness to a place of complete and utter insanity.  I was gobsmacked when I read it.

I remember reading George Orwell's 1984 when I was in my early 20s, and I could not believe a society such as that would ever exist, but it does, and it has happened in my lifetime.  We are ruled by political correctness and the Thought Police.

"Don't you see that the whole aim of Newspeak is to narrow the range of thought?... Has it ever occurred to you, Winston, that by the year 2050, at the very latest, not a single human being will be alive who could understand such a conversation as we are having now?... The whole climate of thought will be different. In fact, there will be no thought, as we understand it now. Orthodoxy means not thinking—not needing to think. Orthodoxy is unconsciousness."  - George Orwell, 1984, Book 1, Chapter 5

We are so afraid of "offending" other people, that we have completely lost our identities.  We have taken all the fun out of everything.  Lighten up, everyone.  Think for yourselves.  There is always going to be someone who is offended by something.  That's just human nature.  Where's George Carlin when we need him...?

You are so correct Jo - political correctness has entered another level - we know this only too well here in UK. I am glad my dad isn't around anymore - he would not be a happy man.

A thoughtful post to linger over and digest slowly. YES.

i think Gandhi had the right thing to say:

“I do not want my house to be walled in on all sides and my windows to be stuffed. I want the cultures of all the lands to be blown about my house as freely as possible. But I refuse to be blown off my feet by any.”
- Gandhi.

Yeah we should celebrate diversity and respect other cultures..without losing our own!

World will be a boring place if we lose our individual ethnic cultures!

In claiming to practice diversity, we are simply discriminating against different cultures, and that's not right either. It's just as unfair and undemocratic to undermine the formerly dominant culture as it is to undermine more recent arrivals.

The picture of you as a child is darling -- you haven't changed a bit!

Wow, George Carlin sure packed a lot of words into that three-and-a-half minutes! Whew! Now I'll head over to Russell's house.

I think part of the problem is that there are so darn MANY of us these days, Jo. And everyone wants it to be a little different. I remember when I read 1984 I also didn't believe it would happen, but it has.

You are quite right in this post, and it's rather depressing. I think I'll now take care to avoid political correctness. It's reached the stage where it's beyond ridiculous. I'll just go around espousing my beliefs and if I offend, so be it. You can't make everyone happy. At the rate we're going, we're not making anyone happy.

Hmm. Based on the excerpt from 1984, we've reached orthodoxy. How unimpressive of us.

Good post. I read Russell's post too. This has really gone too far, and if you look closely, it's only the Christian religion that isn't tolerated. At least that's the way it seems. Why can't they just enjoy the season? I mean, they may not like Christmas trees, but I'll bet they look forward to the presents anyway!

THAT is quite a routine by George Carlin! Heh! Whew!

I agree that there are some people who take political correctness way too far. I am all for common sense, a sense of balance and mutual respect (and I wish I could hear George Carlin say that fast!).

Oh, Jo, I love this! When this George Carlin show came out (a few years ago I believe), my husband went crazy and recorded it for all who would sit and watch it. Carlin was one in a million, though I have to admit the profuse profanity did wear thin sometimes.

And I so agree with you about political correctness - I believe hypocrisy lies at the heart of this malady.

I love Canada's cultural mosaic but that comes from mutual respect but political correctness divides rather than unifies. It is respect that unifies.

I do not fear my culture being over run from the acceptance of outsiders as much as I fear the insiders who have subverted American culture. Usually them at least three or four generations in this land and have set themselves up as the sovereign class. But then fuck 'em I will live as I live and if anyone cares to stop me we can "discuss" it.

A multi ethnical-cultural society is not a natural one. In fact, it's a time bomb. The world has been created in a very separatistic manner, each ethnic group and its beliefs given a territory of its own.

If you want 'togethernes' as in Canada, USA and in other parts of the world, you have to be ready to buy Quiet and play politically correct, otherwise it could be worse than naming a christmas tree a holiday tree, especially with economy declining.

That's why I love South Park and Family Guy. Both shows have somehow managed to ignore political correctness and just go on insulting everyone. They are vulgar and it's great! If you can't laugh at yourself then you shouldn't be laughing at anyone else right?

Not sure why but South Park loves to pick on Canada. Maybe the creators are Canadian?

The movie Bigger, Longer and Uncut lets no race or religion unscathed.

In retail they tell employees not to say Merry Christmas for fear of offending people. Why would that be offensive? How silly. Get over it everyone!

For me, it's all good fun. Celebrate what you want, listen to what you want and dance to the beat of your own drum!

I miss George. I think we all need to collectively pick up the reigns.

Just read his "sortabiography" (last words) and found frightening similarities between he and I, especially the emotional creative side. He was even married on the same street I live on, in another state. Was fun, odd, and probably George would have just stated as weird coincidence.

Great read and a lot in there I never knew about the man, and fantastically written as if he's just sitting there next to you, smoking a joint and rattling off the tale next to the coke plate.

Chapter 1 has the best opening paragraph of any bio I have ever read. I wish I knew how to contact the dead, although in Carlin's case he'd probably get pissed off for disturbing him while he was fucking an angel.

How many twitter posts would it take to tell that one George Carlin joke?

Will future comedians have the attention spans to write such a joke?

Russell... common sense isn't all that common. Sad but true. The Carlin bit was very clever! I was entertained. Thanks Jo :-)

Carlin's dead (thank Cthulhu), but I'm still here. What would you like to be offended about today, Jo?

It's true, political correctness has gone mad. It's gotten so that you can't even write racial epithets in excrement on the side of someone's care without the PC brigade getting on your case.

And They (you know, Them) are trying to stop Us from saying "Happy Holidays!" If We don't say "Merry Christmas," They're going to throw a temper tantrum. That's the public face of Christianity this year, at least in the US: a three-year-old rolling on the floor and screaming.