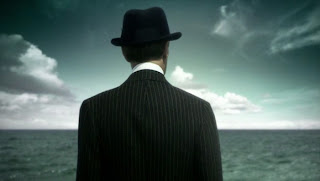 I think I have been living on the dark side of the moon in the past few months, because I have only just discovered a wonderful, brilliant new HBO television series called “Boardwalk Empire”. The series debuted in September 2010, and I have only just discovered it now. Where on earth have I been? From the opening scene, which looks exactly like René Magritte’s Decalcomania, to the final credits, “Boardwalk Empire” is a work of art. Move over “Mad Men”, there’s a new kid in town. Steve Buscemi, the star of the series, won a Golden Globe for Best Actor in a Dramatic Series, and Kelly MacDonald, as his friend Margaret Schroeder, was nominated for Best Supporting Actress. The last time I saw Kelly MacDonald, she was the sweet young Evangeline who won Colin Firth’s heart in “Nanny McPhee”.

“Boardwalk Empire” is based in Atlantic City during Prohibition, and it’s definitely not for the faint of heart. It’s raw, gritty and very graphic. But the sets and the costume designs are works of art. The viewer has the feeling of having stumbled out of a time machine and into the 1920s. Even the dialogue is from another era. It’s the bee’s knees and the gnat’s whistle. In other words, it’s swell. 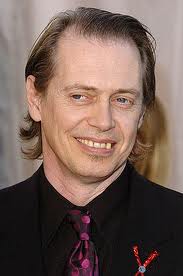 Steve Buscemi, of course, is – well, what is another word for incredible – amazing? Fantastic? Steve Buscemi is the ultimate actor’s actor. Someone once asked Buscemi why he didn’t get his teeth fixed, and he said that his teeth were his best prop. Without those teeth, he said, he would lose out on all the best parts he has been offered, and he would just be another pretty face in Hollywood.

I have discovered 12 back episodes of "Boardwalk Empire" on my Shaw Video on Demand – free. How lucky is that?  It’s cold here in Vancouver and we’re expecting snow. I have lots of hot chocolate, and I can curl up in my big cozy chair and escape to 1920s Atlantic City.

I absolutely love that show and cannot wait for the new episodes to start again soon. It's my favorite!

Thanks for the recommendation. I've saved Boardwalk Empire Season 1 in my Netflix queue. Nothing like quality, is there?

I have adored this show, but I have not been able to see all the episodes yet. It is fantastic and second only to The Sopranos, IMHO.

Thanks for the recommendation, Jo. I will definitely check it out! Yours is the first review that told me what it's about and why I will enjoy it.

I have always loved watching Buscemi.
He's like an evil little Barney Phyfe.
And, you know, his teeth have a lot to do with that!

Love June's desciption ..... evil little Barney Phyfe!! So true. I also love to watch him, unfortunately I don't have HBO and will have to suffer! No Netflix, either. No health insurance makes those things luxuries!!

American TV is so awful that it doesn't take much to look like art by comparison. Anything with Steve Buscemi has to be better than those "reality" shows and sitcoms.