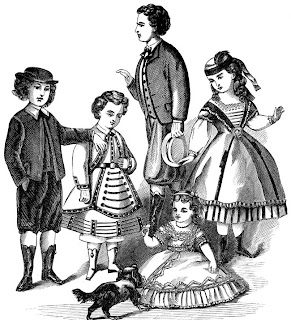 When I was a little girl, I went through a stage where I was convinced I was adopted. I had two older brothers who were nothing like me; how could I possibly be related to them? In fact, they were so different from each other, I was convinced they were adopted as well. At the same time, my best friend Margaret was adopted and so was her brother, and they looked identical to each other. That confused me, because I didn't look anything like my brothers -- or so I thought. Years later I discovered that Margaret and her brother did indeed have the same biological parents. 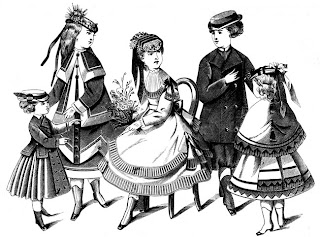 The idea of adoption has always fascinated me. I have several friends who are adopted, and as much as they are curious about their biological families, they feel very much a part of their adoptive or "real" families. One friend of mine tells me how much she loved her grandmother, and the smell of her perfume, and they way they used to dance around the room together.  She adored her grandmother and still has fond memories of her, and yet in the sense of biology and genetics, they are not related.  In the sense of love, however, the bond is strong and unbreakable.  What a wonderful concept that is. 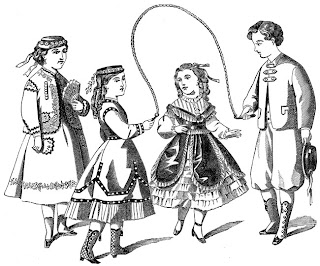 Another of my friends who was adopted, finally located her birth family. She discovered she had nine biological brothers and sisters. She is curious to meet them only because she wants to see if she bears any physical resemblance to any of them. Other than that, they are complete strangers to her and she has no interest or desire in establishing a relationship with them. Her adoptive family is her true family. 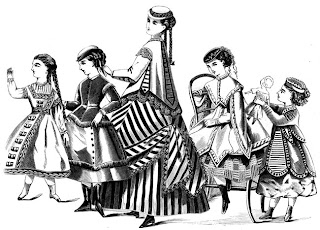 Rules regarding adoption have relaxed so much in recent years. At one time only a child who "fit" with the adoptive family would be placed there. Now there are interracial and intercultural adoptions, open adoptions, gay family adoptions, single parent family adoptions -- it's amazing. I believe there is enough love to go around, and certainly enough children to be adopted. At one time parents waited until a child was "old enough" to be told he or she was adopted. It would be whispered, "She is adopted, but they haven't told her yet..."

My friend, who adored her adoptive grandmother, loved her as much as any child can love a grandmother.  She was her family.  When it comes to love, does DNA really matter?
Posted by Jo at 11:35 AM

Nope, I don't think DNA matters a jot. My parents felt closer to my stepchildren than their "blood" grandchildren because my kids spent time with my mom and dad whenever they could. They loved the idea of having a new grandma and grandpa when they were kids. And whether it's "step" in stepparents, or adoptive parents... where we love full out without conditions, we create my idea of true family. My parents said that we could choose family but not relatives. Their family grew as they got older and included old friends far more than people who were related to them. It's a lesson I have cherished, and it gave me two children. Jay laughed one day and said that he was wondering why I had not remembered something that had happened to him when he was about three and then remembered I had not BEEN there. I told him I have the same problem. I forget there was a time he was not my son. He said, "Well, you don't understand the trauma it was for me a few years ago to accept the horrifying truth that I am a man with TWO MOTHERS. Heaven help me." He smirked and ignored the wads of paper I threw at his head as he disappeared to his side of the house.

Thank you for this entry. I bet you will find a great many people thanking you for reminding us of the power of love over DNA. Have a wonderful weekend.

I don't think it matters. Love is love. And the love for a child does not depend on being related by DNA.
If I found out today that my mom was not my mom by blood it would not matter one bit. She was my mom and that love was the best.

Fortunately for me, my family members all look like siblings, except for one sister, and she is a ringer for her maternal grandfather. My family is the people who have become my "karass" (a group of people working together, often unknowingly, to do God's will, according to Kurt Vonnegut). They are hardly ever related by blood, but some of my family are biological, too. Good post, Jo!

I think that genetics is intellectually fascinating, but has nothing to do with love. My favorite first cousin was adopted by my uncle when he married her mother - we were love relatives, not blood relatives.

As a child, I was sure that I was adopted because my family didn't seem to care much for me. My older brother told me often that he was their only "real" child. It wasn't true - I was not adopted, and in fact, I now know that adopted children are often the most loved of all because their parents actively seek them out, rather than merely accepting what comes along.

Mothers who give up their babies because they can't give them the life they deserve should be celebrated for their selflessness. I know that I could never do it.

My two grown sons were adopted as infants. One of them expresses curiosity from time to time about his biological family, and the other has shown no interest. I remember the day we went to pick each of them up at the adoption agency as exciting and scary. I can still see them lying in their cribs waiting for us to pick them up.

My six stepchildren were acquired, mostly, as children. I think I know each of them better than their dad does!

Adoption rules have been simplified because science has found solutions to many infertility problems, and naturally, people prefer a child of their own flesh and blood rather than by adoption.

DNA does matter; Love is not enough; people in my distant family have offered much love and more, and got slaughtered by their adoptee.

My son is adopted and I could not love him any more.

It seems that lately, everywhere I turn I find something that relates to the "teachings" of Richard Dawkins, a famed evolutionist. In one of his books, he introduces the concept of the "selfish gene". Simply out, he says that evolution results in the replication and preservation of copies of genes instead of whole organisms. He did this in part to explain the occurrence of altruism in animal societies where one animal may sacrifice itself for the good of another individual or for the group. His theory allows for such altruistic actions because the individual is acting to protect similar genes in closely related animals. In other words, an uncle adopting his brother's child is not surprising and can be explained evolutionarily as the preservation of similar genes.

But as you have pointed out, love can go beyond family or blood lines and can even be stronger than blood lines. Dawkin's theory has no answer for such selfless love. This love is above and beyond mere biology.

Love is love - no matter where it comes from, I think.

Isn't it amazing that we still have so many questions surrounding adoption?

Our offspring can be "homemade" or "imported" but either way, there are always surprises and never guarantees.

I have four "homemade" children, and it is a constant source of amazement to me how different they are, coming from the same two gene pools.

Parenthood is a roll of the dice in many ways, but adoptive parents know going into the process that they choose to love the precious gift regardless of DNA inside.

I find that to be a very special kind of love. Rather than wasting time looking for traces of Grandma, Uncle John, or Great Aunt Martha to claim as their own, these parents look for the unique individual inside.

Absolutely not, DNA does not matter. I'd like to add that on the contrary there are some people who are biologically related to their parents/siblings and have better relationships and connection with non-DNA "families" than they do their own. Ultimately it boils down to how you are loved and acknowledged.

Although DNA is certainly not required for love, I think that it helps. I think that there is a special bond with blood relatives that we cannot find anywhere else.

My answer to the question is NO! That is very clear in families that abuse their children and where there is no love at all. Love for your familt, true or adopted, doesn't matter on DNA.

When you say that it's easier for interracial and homosexual parents to adopt that's probably true in Canada but still very much illegal in most of the world. Many of those millions of children waiting to find a home will have to wait until governments care as much about children as they always claim.

I can't say really...I don't attach to people who aren't my family and I barely attach to the ones who are.

No DNA doesn't really matter. Love that is born in the heart is oftentimes an even stronger link than biology.

I have a brother who married a woman who already had a 2 year old. He eventually adopted the girl and then they went on to have two more children of their own. I have never seen mny brother show a preference to the children that are truly his DNA. Yet so many people ask for DNV tests...if you find out the child isn't yours, do you just cease loving it?

My stepdaughter is adopted and is absolutely the best kid in the world. I adore her more than she'll ever know. She's known she's adopted from the very beginning and has met her birth mom on several occasions. I think it has strengthened her relationships even more. And she likes to brag that she has four moms: her birth mom, adopted mom, stepmom, and godmom.