The Mysterious World Of Ticket Brokers... 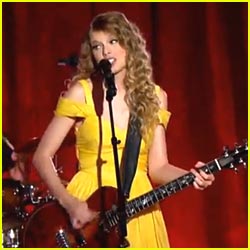 Taylor Swift is coming to Vancouver in September, and I wanted to buy tickets for a very special little girl who is turning 12 in April. I thought it would be a nice surprise to slip the tickets into her birthday card, and perhaps she would like to take one little friend with her, along with her Mom. That would mean three tickets. Not a big deal, right? Wrong. I haven't bought concert tickets lately, but the process seems to have turned into a huge scam. Ticket brokers -- and I use the term loosely -- buy up all the tickets, and then sell them for hugely inflated prices, sometimes for up to ten times what the tickets are worth depending on the seat locations.  And purchasing an odd number of tickets is impossible.  Three?  Out of the question. 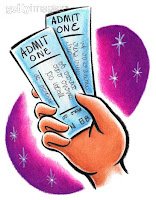 I spent yesterday morning negotiating with several ticket brokers, trying to get the best tickets for the best price. The prices they were charging were all over the map, and I managed to get some good seats for a fairly reasonable price, as far as ticket brokers' prices go.  So then I trundled off to meet the robber ticket broker at Metrotown so we could make the drop.  He turned out to be a rather nice young man who was using this as a business to pay his way through university.  I asked him what he was studying, and he said "I'm in the School of Commerce at the University of British Columbia, majoring in marketing".  I told him he was going to go far.  He said he buys whole blocks of seats and then sells them, but sometimes it's risky, depending on the concert.  Taylor Swift was a sure thing, however, and all the brokers made a lot of money.  None of it, of course, goes to Taylor Swift.

I was amazed at the demographic of people I was dealing with yesterday -- one of them was a young Chinese girl.  I told her I am obviously in the wrong business, going to a nine-to-five job every day.  However, I find the practice of "brokering" tickets appalling; it is legalized thievery.  I don't mind paying the extra money for the tickets for Marigold.  She is a very special young lady, and she is worth it.  But I can't imagine the millions of dollars that are being siphoned away from the performers, and there's absolutely no way to stop it.

In my conversations yesterday, I learned all about stage set-up, sight lines, row heights, seat placements -- things I never knew before -- and Marigold and her Mom have very good seats.  But the main thing is, they will have a wonderful time, I hope.  Besides, the best part of any concert is the excited anticipation of it, don't you think?
Posted by Jo at 9:04 AM

The world is full of people trying to make money out of us Josie - it's the same here!

Well, you went through a lot to get those tickets. Marigold is fortunate to have a grandmother who loves her so much.

I agree. But even tickets without a middleman are getting ridiculous. I'm considering a quick trip to San Jose in May to see a Glee concert. Over a hundred dollars per ticket!

What a scam! And no way to avoid it? It really does sound like a ripoff, but for a special occasion like this, I would have done the same thing.

Is this Canada? Unbelievable (or I'd better believe it).

It's a perfectly wonderful gift! I have never dealt with ticket scalpers because I haven't had to, but it doesn't sound like an experience I crave. And yes, the months of anticipation will make the event even more spectacular when it finally occurs. Kudos to you, Granny!

what a strange world we live in. you
deserve a lot of credit for persevering.
i'm afraid i might have given up.

It is a crazy world we live in. You are a very thoughtful Gramma!!

You should have gone along! It might be fun to see her face - if you could only get a third seat, that is. I really dislike the whole process of buying tickets to anything.

Very nice of you to get Marigold those special tickets.

I never went to many concerts but I do remember most of the ones I saw: Steve Martin with his white suit and arrow through the head; Jackson Browne in the old Field House in Iowa City; Barry Manlow who actually put on a good concert; Three Dog Night in what was then a brand new building at Iowa State but is now, well, not new.

Oh she'll be thrilled, Jo!! Prepare to earn your ultra-cool Grandma street cred. She'll be over the moon. I don't know a twelve-year-old girl who wouldn't be in heaven at that gift. Well done, you!

I'm actually wondering if perhaps brokers aren't allowed here, because what you're describing sounds exactly like what we called "scalping" or "ticket scalping". It happens ALL the time but it isn't actually legal.

Gahh! What a horrid experience. They sound like nothing more than glorified pickpockets!

The bright side is that Marigold will have a wonderful time, though I wish it were with the wonderfully loving and persistent nana who got the tickets.

Has anyone ever told you that you were the 'bomb' girl. What a memory you are makin' for your granddaughter. You are the best!

God bless ya and have a marvelous Valentine's Day!!! :o)

What a lovely grandmother you are. I'm sure she'll be thrilled.

I am now grateful that I'm content to listen to music at home or view the performers on the television.

When Paul McCartney came to Israel they had seats for people who wanted to fee special and everybody else sat [or mostly stood] on the grass. Your position near the stage was strictly first come, first served. How you bought your tickets didn't matter since whoever got there first got the best seat. It was a terribly equalising system.

The universe is full of people attempting to get money out of us Josie - it's the same here!