What In The Sam Peckinpah...? 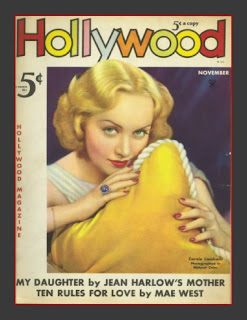 I have been a movie fan ever since I was a little girl and my parents gave me my weekly allowance and sent me off to the matinees on rainy Saturday afternoons. My friends and I would would load up on popcorn and Coca~Cola, sit in the back row and settle in to watch the latest Audrey Hepburn flick. I once dyed my hair black because I wanted to look like Audrey Hepburn. I looked more like Moe in The Three Stooges.

In my opinion, the movies being produced lately have been particularly disappointing.  Maybe I am slowly descending into that generation of folks who remembers when movies used to actually be good ~~ anything by Alfred Hitchcock, for instance -- "Psycho", "Dial M for Murder" or "Vertigo" -- or movies that relied on good acting, rather than explicit scenes, or full frontal nudity.  Or actual dialogue rather than the "F" word in every sentence.  Or, perhaps, an actual plot.  I dunno, call me crazy... an actual story would be nice.

Recently I finally watched "The Kids Are All Right".  I wanted to like it because it was highly recommended by so many of my friends, and it received a 94% good rating on Rotten Tomatoes, with the critique, "Worthwhile as both a well-acted ensemble piece and as a smart, warm statement on family values, The Kids Are All Right is remarkable." Really? The only good thing about that movie was the performance by the fabulous, anemic-looking Mia Wasikowska who also played Alice in "Alice in Wonderland" with Johnny Depp, and Jane in "Jane Eyre", which probably no one has seen, and which is a great movie. "The Kids Are All Right" was billed as a comedy, but it was bleak and gut-wrenching, one of the worst pieces of cr*p movies I have ever seen, along with "The Hurt Locker", Precious", "Avatar", "The Fighter", "Slumdog Millionaire", "Black Swan", "The Blind Side", "The Social Network", and any number of other movies that have been nominated for Academy Awards in the past few years. What on earth is going on?  What are they putting in the popcorn?

There have been a few good movies in the past four or five years, "Doubt", "The Changeling", "Gran Torino", "The Wrestler", "Wall-E", "Up", "Revolutionary Road", "Rabbit Hole", "The Visitor" (my personal favourite), Woody Allen's "You Will Meet a Tall Dark Stranger", but for the most part it has been pretty slim pickings. 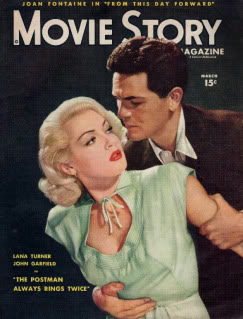 Movies used to be a fairly inexpensive form of entertainment, but now it costs a fortune for two people to go to a movie.   And folks could enjoy a movie without squirming through scenes that left us feeling awkward. Of late there seems to be a spate of movies with scenes of explicit lesbian love-making (not that there's anything wrong with that...) and it feels artifical and exploitative. Do we really have to push the envelope to be entertained?  When I watched "Black Swan", all I could think was what a wonderful movie that might have been under the direction of someone like Alfred Hitchcock or Sidney Pollock, or even the lyrical Clint Eastwood. They would have made it into a classic. It had all the raw potential, but fell far short of the mark. When a movie relies too much on shock value, that's all folks remember. The nuances of the plot and the actors' performances are forgotten.

C'mon, Hollywood, if you're going to take our money, please give us a product worth paying for. 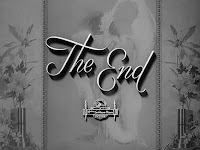 Jo you said it!You aleays say it just right. I am a huge movie fan, I watch at least one movie every day...well most days, and I am repeatedly let down. I have a list on my blog of movies I have recently seen that I loved and it has been very hard to add to it, harder than I thought it would be. I just added The Kings Speech... I loved it. Of all the movies you mentioned, that I have seen, the only one I disagree with you on is The Blind Side, I really liked that one. I hated The Kids are alright...what did people see in that one? I didn't like Avatar at all, it was just a big budget "Ferngully".

I couldn't have said it better myself. I agree with you about the movie choices you listed as good ones. I usually try to have an open mind about movies and such...but sometimes you just can't like what you can't like.

Jennifer, "Ferngully"...! Yes! Omigoodness, that made me laugh right out loud. :-)

Brenda, I know! Sometimes I think people are really sheeple. They "like" something because everyone else does.

The only time I go to the theater anymore is for classic movies or a Clint Eastwood movie.

I can get every movie available on my home television for $5 and I invite Lenny and other friends over and we have home popped corn, candy snacks, beer and soda right here. It's fun.

We never go to the theater anymore. For a long time, actually.

NetFlix rocks! We can get what we choose. Do not have to.... watch-what-critics-say-is-the-latest-and-greatest. :-)

Sure, being me, I watch some *dillies* at times. But it's my call, for my reasons. And I'm not paying big bucks, to a theater.

I haven't been to a movie in ten years! The last movie I went to was with my daughters and daughter-in-law on a girls night out. It was the movie about the girl that lived in WalMart and gave birth. The book was better, though, evn the book wasn't all that good. You are right, for the price of a movie, I deserve to be entertained!

Maybe it's time to move on to some new form of entertainment. We are in the 21st century and people are stuck with almost the same sort of books and movies from the previous century.

I'm afraid Darwin wouldn't have been proud at all with our evolutionary status.

We watch movies On Demand - free or for $5. That way we don't have to feel guilty if we want to turn it off. I did like The King's Speech.

I can't remember when I last went out to the movies but it sure sounds as if I'm not missing much...I prefer a story line to the sex/f-bomb that seems to inhabit all the forms of entertainment anymore. Love me the Turner Classics...

I feel almost embarrassed to say I liked "Kids are All Right." And I also liked the Blind Side and Avatar. I guess they must be making movies for people like me. I didn't like "Black Swan" or some of the others you mentioned, though. "Hurt Locker" left me cold.

Amen. You are so right, Jo. About everything you said here. I have nothing to add, except thank you. I wish you could talk to the studio bigwigs on behalf of all of us who know the difference and are offended by most of today's offerings.

This week I watched Hannah and Her Sisters. That was a good movie but it came out in 1986.

Yesterday I watched Primal Fear with Richard Gere. It was not too bad. I liked the courtroom scenes but I am a bit biased (!).

I think there are some very excellent movies being produced but the movie industry need to make money (obviously) and the primary market is that 14 to 24 year group.

So you will have action movies, comedies with juvenile humor, etc. since that is what sells tickets as well as DVDs.

I want to see Win Win as I have heard that is very excellent.

Maybe in a big city like Vancouver you can get to some of the independent movies that don't get as much attention but are very good.

I can picture you and your friends watching Butch Cassidy and the Sundance Kid and how you must have reacted when you saw Robert Redford for the first time - heh!

People of a certain age like to say that today's movies are crap while yesterday's were great. That's easiest to do when you remember the worst of today but have forgotten the worst of yesterday. Dick Powell's The Conqueror with John Wayne as Genghis Khan was pretty bad. DeMille's Madam Satan wasn't exactly Citizen Kane.

Absolutely! Movies ARE really disappointing today, even those that are constantly praised by critics. I think that movie studios end up in a trap where they have to churn out many more films than they used to. They focus on quantity rather than quality as a result, which is such a shame.

Well I would have to agree, movies are not like they were. However, some of your dislikes I liked and some of your likes I disliked. So it's really about our personal preference.

I've never been a doom and gloom movie watcher and hence Black Swan was just that for me...very Black and dark. You enjoyed Rabbit Hole...again found that dark and depressing.

I loved Grand Torino. It's been along time since a good movie like Gone with the Wind, or Dances with the Wolves. Where are our classic actors? Where are the classic stories. Why does it all have to be about combat and violence and drugs and the dark side. Where is the creativity.

I don't go to the movie theater anymore. I've learnt to watch and appreciate more obscure movies and talents. Did you ever watch the Flame trees of Thika(sp) or Rabbit Fence not be be mistaken for Rabbit Hole. Those were to incredible movies.