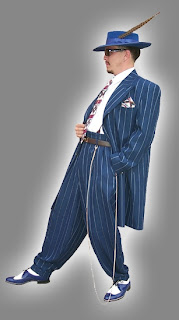 How often do we judge people by how they look, their manner of dress, the styles they effect?  We do it all the time.  In the 1930s and 1940s there was a style of dress known as a Zoot Suit, or a Zoot Suiter. According to history, "The Zoot Suit first gained popularity in Harlem jazz culture in the late 1930s where they were initially called "drapes". The word "zoot", according to the Oxford English Dictionary, probably comes from a reduplication of the word ’suit’. It was probably first coined by Mexican American pachucos as part of their slang, "Caló", evolving from the Mexican Spanish pronunciation of the English word "suit" with the "s" taking on the sound of a "z". In any case, the zoot suit became very popular among young Mexican Americans, especially among those in Los Angeles who styled themselves as "pachucos". Anti-Latino race riots in Los Angeles during World War II are known as the Zoot Suit Riots. Despite restrictions and discrimination, Zoot Suit culture prevailed." ~~ Wikipedia.  In other words, a style of fashion caused riots and deaths in as many cities as Beaumont, Chicago, San Diego, Detroit, Evansville, Philadelphia, and New York. The Zoot Suit was even investigated by the State Un-American Activities Committee under State Senator Jack Tenney. Such is the power of fashion. 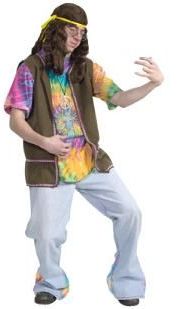 In the 1960s, a particularly unattractive style of fashion arose from the "hippy" movement, and folks who wore the clothing were referred to as "dirty hippies". The hippy movement can be traced back to the Beatniks and Bohemians, and by 1967 the hippy movement had spread around the world. The hippy movement's mottos were "peace and love". Leaders of the hippy movement included Allen Ginsberg, Timothy Leary, Bob Dylan, Ken Keasy and the Merry Pranksters, Joan Baez, and so many more poets, musicians, philosophers and politicians. The hippy movement truly did change the course of history including music, literature, artistic experimentation, civil rights and women's rights. It is due to the hippy movement that folks have been made aware of environmental concerns.  Many of the hippies of the 1960s and 1970s are now the CEOs of major corporations.  Neo-hippies still exist today, and they are the children and grandchildren of the original hippies.  They still advocate many of the philosophies of the 1960s, they still wear the traditional hippy outfits, and they are still often referred to as "dirty hippies". 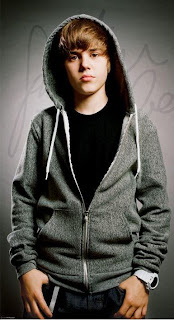 Flash forward to the fashion of this decade. Hoodies, low slung jeans, sneakers. It's the fashion dictated by the music scene and by Tommy Hilfiger, and many of the kids wear it, all over the world from Moscow to Beverly Hills.  It is the youth uniform of today.  And folks of the *older generation* are as suspicious of this uniform as they were of the Zoot Suits and the Dirty Hippies. "Look at those kids in their baggy jeans and hoodies…! Thugs!" It's just clothing, folks.  And so we have a young man, exactly one year older -- to the day -- than Phinnaeus, walking home after buying Skittles and iced tea, and talking on his cell phone to his girlfriend at 6:30 in the early evening.  It sounds like every other kid in every other country of the world, doesn't it?  By now everyone knows the story of what happened to that young man.  He was just a regular teenager, an A and B student at school, and a football player.  That sounds like Phinnaeus too.  And Phinnaeus has a coat with a hood on it, which I know he puts up when it's raining, just like that other young man did.  Marigold wears hoodies too.  I have even bought hoodies for her.  Everyone wears them.

So, what happened?  There are so many theories, and it was very badly handled and poorly investigated.  Will anyone ever know what really happened?  Probably not.  The kid wasn't the perfect kid, but how many teenagers are?  The teenage brain is a wonder to behold, and every teenager does stupid things at some time or another.  Please don't ask me about the time a group of us drove along Sproat Lake Road, seeing how far we could go without anyone actually driving the car from the driver's seat.  Only a teenage brain could conjure up an idea like that.  Sometimes I wonder how I survived my teenage years.  The teenage years equal temporary insanity and very poor judgment.

But to all intents and purposes the young man was not a thug.  He was well-liked at school, and well-liked by his neighbors and family.  And on the night in question he wasn't doing anything wrong; he wasn't caught carjacking, or robbing someone's home, he was walking back to where he was staying, to watch a basketball game.  He was walking along a sidewalk.  His only crime was that he was wearing the typical uniform of a teenager of this era.  And he was black.

I haven't been able to stop thinking about that unfortunate kid, and his grieving family.  My heart breaks for them.  I have read so many derogatory, racist comments on CNN and other websites, and I wonder how people can be so cruel.  He was just a 17 year-old kid.

The fellow responsible for this incident really does need to be properly tried in a court of law.  All the evidence must be gathered, and he must be indicted.  There is no other alternative, when a vigilante takes it upon himself to stalk a kid for two blocks, and then use undue force when the kid defends himself.  If someone did that to me, I'd be scared out of my wits.  Fight or flight.  It's instinct.  But the grownups have to behave like grownups.  When the grand jury convenes, I do hope this man will be brought to trial.  If he is not guilty of any crime, so be it.  If he is guilty, then justice will be done.

In the meantime, everyone go and hug your big lug of a 17 year-old kid.  They're still little boys inside, and they don't deserve to die walking home from the store with a bag of Skittles and a can of iced tea, looking forward to watching a basketball game.
Posted by Jo at 5:32 PM

It makes me so sad that this happened to such an innocent 17-year-old. That Zimmerman was told to "stand down" but he took the situation into his own hands and caused a death. He must be charged with something! Anyone would fight off another if they came up behind and accosted you. It's a normal instinct!

I agree Jo, the one thing I DON"T want is for this to be prosecuted as a "hate crime" in Federal court. i want the whole notion of Vigilant Justice on trial in Florida.

But I also have to say that in the same week that Trayvon Martin Was murdered, in Detroit there were two 12 year olds killed and a 6 month old, all in the wrong place wrong time. No one hears about these common occurrences here because it's Blacks killing Blacks. Want to read racist comments every day just look at any article about Detroit in the Detroit Free Press comment section.

And when Trayvon Martin is relegated to the same history as Matthew Sheppard, these other children will be forgotten and remembered only as a statistic.

Every generation seeks its own identity. Often hair and clothing - in addition to music - are used to achieve that purpose.

Obviously the situation in Florida was mucked up from the start. Makes you wonder what people are thinking (or not thinking) at such times.

No question if the roles had been reversed and a black man had shot and killed some white teenager under like circumstances, well ... no question at all how that would have played out.

In that situation the black man would be sitting in a jail cell with no chance of bail and a trial that would most likely be unnecessary given the inevitable result.