In Praise Of Women Of All Ages... 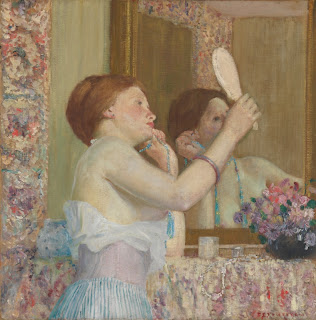 A few years ago Andy Rooney did a piece on 60 Minutes regarding women over 50.  I just recently discovered it, and I thought I would share it with you.  I chuckled when I read it.  Here in Andy Rooney's own words...

As I grow in age, I value women who are over 50 most of all. Here are just a few reasons why:

* A woman over 50 will not lie next to you in bed and ask, "What are you thinking?" She doesn't care what you think.

* If a woman over 50 doesn't want to watch the game, she doesn't sit around whining about it. She does something she wants to do. And, it's usually something more interesting.

* A woman over 50 knows herself well enough to be assured in who she is, what she is, what she wants and from whom. Few women past the age of 50 give a damn what you might think about her or what she's doing.

* Women over 50 are dignified. They seldom have a screaming match with you at the opera or in the middle of an expensive restaurant. Of course, if you deserve it, they won't hesitate to shoot you, if they think they can get away with it.

* Older women are generous with praise, often undeserved. They know what it's like to be unappreciated.

* A woman over 50 has the self-assurance to introduce you to her women friends. A younger woman with a man will often ignore even her best friend because she doesn't trust the guy with other women.

* Women over 50 could care less if you're attracted to her friends because she knows her friends won't betray her.

* Women get psychic as they age. You never have to confess your sins to a woman over 50. They always know.

* A woman over 50 looks good wearing bright red lipstick. This is not true of younger women or drag queens. Once you get past a wrinkle or two, a woman over 50 is far sexier than her younger counterpart.

* Older women are forthright and honest. They'll tell you right off if you are a jerk if you are acting like one! You don't ever have to wonder where you stand with her.

* Yes, we praise women over 50 for a multitude of reasons. Unfortunately, it's not reciprocal. For every stunning, smart, well-coiffed hot woman of 50+, there is a bald, paunchy relic in yellow pants making a fool of himself with some 18-year-old waitress.

* Ladies, I apologize. For all those men who say, "Why buy the cow when you can get the milk for free." Here's an update for you. Nowadays 80% of women are against marriage, why? Because women realize it's not worth buying an entire pig, just to get a little sausage......
Posted by Jo at 8:11 AM

On the inside I was cackling and rolling my eyes.

Until 26 said "I realized the other day that I have been married for a YEAR and I am TWENTY SIX. I'm so OLD!!!"

At that point my shoulders started shaking! 60-ish saw it and she cracked up. 26 and 17 watched us with their jaws hanging.

I told 26 that if "the good fairy" said she was going to make me 20-something again, I'd take a baseball bat to her! 60-ish heartily agreed. We then explained to them in a way very similar to Mr Rooney just WHY they don't have a clue!

Of course, they probably think we are just a couple senile old hens.

They will learn... LOL

This was fun to read. Thanks for sharing it with us.

I'm not so sure about the bright red lipstick, but I can't argue with the rest of it.

I do NOT even own a pair of yellow pants! Thank you very much. hahahahahahaha Great read.

I always enjoy this piece. Thank you for posting it! And it's such a relief to know that Mark doesn't own yellow pants, not that it ever crossed my mind that he might.

When I feel "old," I remind myself that in 10 years I'll look back to my present age and think it was So Young!

I feel the same about large diamond rings as Mr. Rooney feels about red lipstick. A flawless young hand looks like it is playing "dress-up" in a huge diamond whereas a few wrinkles shows that the woman has earned that rock.

What a wonderful reminder. And I didn't know that fact about more women not getting married. Now I know, and I know why! Great facts and even though I read them over a while back, I wasn't old enough to appreciate them like I do today!

LOLOL! LOVE IT! Thank you!

God bless Andy Rooney! He certainly hit the nail on the head. Fun post Jo! It's nifty that you ran across his commentary.

I love it, Jo! Perfectly stated....and who wants the man in the yellow pants anyway!

I loved this! And thank you for a refreshing laugh. It was just what I needed!

As a man over 50 I totally agree with every word in your post! Very, very, very true!!

And I laughed out loud at the last line!

When I became single again a few years back the thought of dating was not very pleasant for many reasons - but I did have one requirement. Any woman I would eventually have a relationship with had to be old enough to remember the Beatles and John F. Kennedy.

ha! recognized for our worth at last ;)

i love this !....especially since i'm 46 and many of them apply to me now and i also loved your honesty over at country girl with the voting for a funny saying or quote to go along with george.

i didn't think any of them were good either, but you told the truth and i just played along and voted.

i can learn from you !

I love this and can appreciate all of them. Not 50 yet but not far off and most do apply. I must be on the road to being perfected!! LOL!

This was great. Thanks for the chuckles.

That was a lot of fun! Andy Rooney's pieces can be hit or miss with me, but that one was very good. Thank you for sharing it. Nice way to start out a Saturday, with a few good giggles!

Love this Jo! And so true! Thanks so much for sharing this!

I agree about the red lipstick. What about being sexy? Twiggy (60), Glad my husband still thinks I'm sexy, he's 61, me 60. Hard to keep up sometimes, but try testosterone implant once a year. Worked for me (if only psychologically). Actually, I find as I've got older, I've learned to become more sensitive and tactful now that I have in-law children, although I do have a bit more confidence.

This just made my day!

You're hilarious! and I really enjoyed reading this. Especially the last comment lol I think I'll have to make reference to that once in awhile. lol too funny.