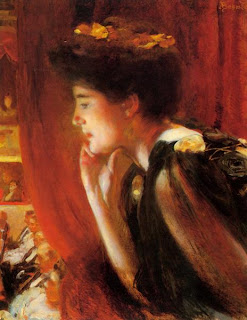 When I was growing up on Vancouver Island, my parents used to listen to opera recordings. Opera was never one of my favorites, but every once in a while there was a singer who hit it out of the ball park -- literally -- such as Enrico Caruso or Franco Corelli. And of course there was the incredible Luciano Pavarotti and Placido Domingo. Their voices were astonishing, and even I loved to listen to them.  I can't sing, and I couldn't carry a tune in a bucket, but for some reason I am able to hear perfect pitch.  There is a certain popular singer [who shall remain nameless] who may be a moderately good singer, but in my opinion he is not a great singer.  The name "tenor" comes from the Latin word "tenere", which means "to hold".  If you really listen to his singing, you will hear that he is not only unable to hold many of the notes, he is unable to even hit them.  Many of the notes he does hit sound tinny and flat.  He does not appear to sing with the ease of the great tenors, and in fact one music critic from the New York Times said, "It is the critic’s duty to report that [name deleted] is not a very good singer." Up until that point, I thought I was the only person in the world who had that opinion of his singing. He does sound wonderful paired in a duet with someone else, but...  The reason I use [name deleted] as an example, is not to sound mean-spirited, and I apologize if I do, but to demonstrate that there is a world of difference -- a universe -- between a good singer and a great singer.

Today one of my readers sent me the most incredible video of three young Italian men, who are all well on their way to becoming truly great, in every sense of the word. Two of the boys are 14 and one is 15, and already their voices are like liquid gold. In 10 years can you just imagine the wonderful voices these young men will have?  Even if you don't care for opera, these young fellows will knock your socks off.

Wow! Holy Tenors, Jo! That was truly amazing, and I am so glad we are sharing these things with each other. I am still gasping with amazement at their voices!!

DJan, that is exactly how I felt when I first listened to this video. Gobsmacked...!

That was beyond amazing! Wow...I'm speechless. What talent those boys possess, and you are so right - how brilliant they will be in a few years. I love classical music and I'm a big fan of opera, so this post was a treat. Thank you for sharing that breathtaking video, Jo :D

And how are you feeling today, any better?

Sam, thank you, yes I am feeling much better today. Hopefully I can enjoy my next two days off work. :-)

All I have to say is WOW... That gave me goosebumps!

Lay, isn't it amazing? It's supposed to give you goosebumps. :-)

When I was a kid I listened to broadcasts from the Met on Saturday afternoon. I don't know if they were live or not. They were wonderful. I would attempt to sing like them while walking far away from the house. To me I sounded just like them. Laughing.

You have the education and self confidence to judge for yourself:
the emperor has no clothes.

Brava to you, Jo. I learned something here today. I often do, and I always leave refreshed.

Goosebumps and CHILLS from head to toe!

Gorgeous! Dr. M & I were watching Cincinnati's Labor Day fireworks last night & part of the music was a version of Nessun Dorma on the electric guitar of all things. Which then sent Dr. M scurrying to youtube & we listened to all the greats singing their versions. It was inadvertant opera night at our house :)

Now, you must email me the name of the singer you're talking about. I think I know - but since I'm not sure you have to tell me :)

Wonderful stunning and mature voices for such young men!

Not really fond of opera either, but I enjoy a soaring tenor once in a while.

I thought Bocelli, too. Why not mention his name? One is entitled to opinions on one's blog.