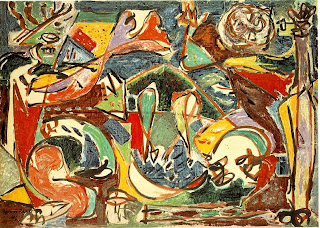 Have you ever had one of those days, where you're certain the stars and planets are aligned just so, and chaos is reigning over your life?  And just when you think it can't get any worse ... it does?  Let me tell you about my day.  It started with a Pacific storm blowing through our city and dumping several inches of rain -- as if we could use any more.  Where does it all come from?  This morning as I was leaving for work, I slipped in a huge pile of wet, soggy, slippery leaves and ended up in a pool of water.  A very nice passerby helped me up, and I carried on to work.  When I got to the office, I was covered with mud all down the right side of my body, my canvas tote bag was full of water and leaves, and my leather gloves were ruined.  Oh, goodness...

My bag and gloves were not salvageable, so I tossed them into the garbage, but my wallet was okay, so I was able to retrieve it.  After working for a couple of hours, it became apparent that my pants were torn, and were quickly deteriorating.  It was a quiet day in the office, so folks suggested I should take the afternoon off and recover.  Okay...  Fine with me.

On my way home I decided to make a quick detour downtown to get a new tote bag and leather gloves.  I caught the bus, but just as we pulled away from the stop, someone threw up in the back seat, and the transit biohazard cleanup crew was called.  Well, I wasn't sticking around for that, so I got off the bus and hopped into a cab that was waiting at a taxi stand across the street.  I told the driver my destination -- a main intersection in downtown Vancouver -- but he ended up taking me six blocks out of my way.

"You're not anywhere near where I want to go!"

We're in downtown Vancouver for crying out loud.  How could he get lost?  He's a taxi driver...!  *sigh*

Well, I eventually made my way back to my desination and found the perfect leather gloves and a new tote bag -- on sale.  By then I didn't feel like dealing with more buses, so I flagged a taxi home.  This was starting to get expensive, but I got the gloves and tote bag for a good price so I thought ... what the heck.  On the way home, I asked the driver to stop at a convenience store a couple of blocks from my house so I could pick up some clothes washing detergent to wash my muddied, soiled, wet, soggy clothes.  As I reached into my wallet to pay the clerk, I realized I didn't have my keys.  I was two blocks from home and I had no way to get into my apartment.  So near and yet so far...  Yes, my keys were in my tote bag ... back at the office ... in the garbage.  It was now 2:00 in the afternoon, and that garbage bin was not going to be a pretty sight.

The taxi driver took me the 14 blocks back to my office and waited for me as I rooted around retrieved my keys from underneath the coffee grounds and dozen or so disgusting discarded lunch remains in the trash.

Where are the transit biohazard folks when I need them?

Finally ... I was on my way home, feeling very fragile.  I gave the driver my address and I realized he was taking me several blocks past my house.  He was most apologetic for his error.

When I got home and locked the door behind me, I understood how people can very easily develop agoraphobia.  For just a moment I vowed never to step outside again.  Just as I was taking off my coat, the phone rang.  It was a wrong number.

"Is this Alcoholic's Anonymous?" a slurred voice enquired.

Oh heavens! I am sorry you had such a horrible day. This is not a good omen for the first of November you know! Hope things get better from here and that this infernal rain stops for a few days. Try to get some rest and start new tomorrow....;j

Your day was by far the worst of any I know, but your last line made me laugh out loud. I have often wished that I could find relief in alcohol but really hate the taste of it, all kinds, and am also allergic to it. The barfing stranger on the bus was really overkill on the part of the gods, though. But just think -- tomorrow will have to be better, if for no other reason than that it is not today.

Have some hot chocolate or tea and a long fluffy bath, and I promise you'll be a brand new girl.

It sounds exhausting but the last line made me laugh, too. Things can only look up after a day like this, so best of luck to you tomorrow!

Wow, and I thought my catching the flu was 'no fun' - guess it was an easy day after reading about yours!

Thank goodness you can start again tomorrow and you were able to remedy the situation.

Maybe you'll like your new tote and gloves better than the old ones.

Oh dear, Jo, you really did have yourself one heck of a chaotic day! I do hope that things have gotten better since you got home. Hope you have a great rest of the week! That wrong number cracked me up! Cheers!

I know I shouldn't laugh, but this is like an episode from some sitcom. Glad you survived the day though.

After a day like that, about the only thing that you can do is to have a few drinks and go dancing in the rain. Moral of the story: Somedays you should never have gotten out of bed.

Hope tomorrow makes up for it in all kinds of ways.

I am sorry for the day you had but that was the most well told humorous story I had read in days. Which should give you a small hint to how stuff is here.

Boy when things go wrong for you they really go wrong! Just don't risk saying they can't get worse because...

Oh my! What a rough day! I hope your week is full of sunshine and goodness!

Thanks for sharing your awful day - puts my just ok day in perspective :)

I hope you took some ibuprofen last night - I'll bet you'll be a bit sore from that fall!

Oh my! That sounds like one of the WORST days ever. I can tell you, however, that we will have some sunshine before all the rain returns at the end of the week.

It was a very well told story, Jo. I followed you through your day, hoping it would end well, and it did. :-)

Hope today is better and you arrive at work mud-free and rested. I am off to vote. The Virginia elections are not the circus you described a few days ago. Thank goodness!

Oh my, you just can't make this stuff up. You had one of the worse days ever! And I know it wasn't a fun day for you, but I couldn't help but laugh at that last line. It really does sound like something out of a sitcom. Hope today is much much better for you!

Definitely on days like that you wish you'd stayed home. Glad you made it through.

Hahaa the ending was so hilarious that I cant stop laughing..even though was feeling so bad for you throughout. But then I reach the end and you write 'not yet but give me a few days' oh you write so well lady.

Your last two posts are killing me!

One of those days, huh? although you still have your wits about you:)
Tomorrow will be a better day, Jo!

Wow....you did have a bad day. I'm just glad you didn't hurt yourself when you fell. Right off the bat you should have gone home.

nd through it all you never lost your sense of humor. I am proud of you. We all need more friends like that.

One of those days is right.....and the only way to fix it is to put the jammies on and crawl in bed! Just think that day makes all others look wonderful!!

Oh I feel for you, but love that you can find a way to make a humorous (with a rueful laugh) post.

Sorry I'm responding to this a little late, but no wonder you had a bad day! Next time things go awry call me and I'll pick you up. I hope you've had better days since :o)

Oh my Jo - you did have a doosie of a day! You poor dear. (I have to say though, the phone call was quite funny!)