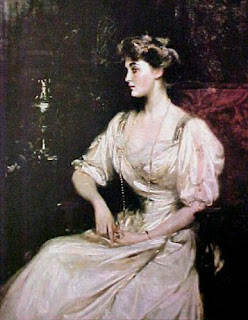 With all the news lately of Prince William's engagement to Kate Middleton, there has been a lot of speculation as to whether or not the royalty is relevant any longer.  Personally, I would not like to see it dismantled, because it is a system that has worked for centuries, and who knows what we could get in its place.  If it ain't broke...  But more than that, it is a thread through time that connects all of us to our past.  How many of us can trace our lineage like that?  But in an odd way, we can.  Royalty has given us the Elizabethan era, the Victorian era, the Edwardian era, for example, each with its own achievements and culture.  And to give credit where it's due, some of these folks were amazing people, Queen Elizabeth I and Queen Victoria, specifically.  Queen Elizabeth II is decades past the age when most people retire, and she still works relentlessly in public service.

If royalty did not exist, we would invent them.  The Kennedys, anyone?Observe what happened to Russia when the Bolsheviks assassinated the Romanovs and Russia became a communist country.  It didn't work;  in fact, it failed horribly.  However, the Commonwealth of Nations does seem to work.  It consists of 53 countries, and 1.7 billion (that is billion with a "b") people.  That's almost one-third of the world's population. The land area of the Commonwealth of Nations is approximately one-quarter of the earth's land mass.  It is a democratic and free association, of which the British Monarch is the symbolic Head of the Commonwealth, and a very active member. 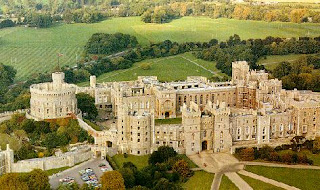 When William becomes king, as monarch, he will inherit Windsor Castle which is 484,000 square feet and has 1000 rooms, Buckingham Palace which is 828,818 square feet and has 600 rooms, as well as Sandringham Castle, Balmoral Castle, Hollyrood House, Kensington Palace, St. James Palace, Clarence House, amongst other private homes. He will also inherit a huge responsibility, and he has no choice but to accept it.  When he gets married, his wedding will generate $1 billion dollars (that is billion with a "b") revenue towards the British economy.  His coronation will generate even more. And revenue generated by tax on royal properties and by Crown estates this year was $261 million dollars, so they are worth far more to the country than they cost it. The country receives around $4 million in tax per year from Prince Charles' Duchy of Cornwall.  Prince Charles was considered "dotty" 20 years ago when he converted the Duchy of Cornwall to an organic farm. Who knew he had been an environmentalist for decades and was ahead of his time?

Personally, I rather like the British royalty.  They're colourful, interesting, and often unpredictable.  Most of us are people-watchers by nature.  We love to gossip about celebrities.  So, I shudder to think who we would get in place of the royal family -- Sarah Palin and her two vacant daughters?  I'll keep Charlie and his two handsome sons, thank you very much.
Posted by Jo at 11:18 AM

Princess Patricia is very beautiful, but Jo, I'm afraid I don't share your enthusiasm about the royal family.

They are good only as a source for gossip, and they exist only to protect their huge assets. No real need for them despite your impressive arithmetics.

As for Charlie and Sara Palin, I'm afraid (again) it's not Prince Charles that is the natural and the smart one.

Being an American, I hanker over having royalty, and you're right: I thought of JFK and Jackie as being the American version of royalty. I think it's wonderful to have ancient traditions. I also truly enjoy the Parliament in the UK, have you ever watched them in session? It's so much more FUN than we get over here on this side of the pond!

As another Canadian I love and support the British royal family and uphold your belief that they are important as a thread of continuity.

I've always admired Prince Charles for his stance on environmental issues and his involvement in organic farming. His garden projects at his country home Highgrove, are amazing and beautiful. If you haven't yet read about them try to see some of the photos.

Canary-bird said it all. I approve.

I agree with you. The Royal family has such a large part to play, not just in Britain, but in the rest of the world. Even if they aren't relevant in your country, they still grab people's imagination.

I was 17 when the radio (or wireless as we then called it) made the sombre announcement that King George VI had died peacefully in his sleep. It was February 1952; a grey winter day suddenly felt very dark.

It was a shock. As though a relative had suddenly died. The vast majority of the UK seemed as one in their sincere sorrow.

The monarchy in the UK has been losing a lot of its appeal amongst the 'modern generation' but there is a substantial majority of us 'older mob' who will certainly shed a tear or three when our Lizzie passes away.

I wish Wills and Kate every happiness and feel sure the silly old bishop who's given them no more than seven years before they divorce is just typical of some of the clergy.

I'm still smiling at the last few lines. I had no idea that a royal wedding would generate income!

I like the British Royalty also. I love reading about the traditions and the history of the monarchy. I don't pay a lot of attention to the gossip. Have always liked Prince Charles and I admire him greatly. He calls himself a defender of nature. I love that.

Uh Hello...we must keep with traditions. If it weren't for the Royal Family - none of us would have ever been graced with Princess Diana who was so beautiful and played her role so delightfully.

I agree with you, Jo. I enjoy reading about the royals, and this couple is eminently watchable. Kate is much prettier than any other royal in recent times!

I find the personal lives of the Royal's interesting but I don't care to have regular programming prempted just to see them talk about the engagement announcement. I love to watch actual events but the repetition and star struck act is annoying after a week or so. SMILE

As to Mrs. Palin and her daughters, nothing about them interests me.

I agree about keeping the Royals vs Sarah Palin and her family. I don't see what all the hoopla is with her.