The Extracurricular Activities Of Alexandra Rose... 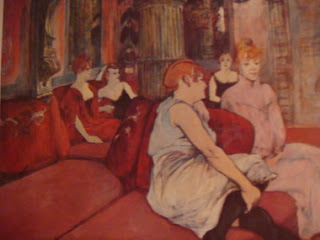 I have known some characters in my life -- Vancouver is full of them -- and one of those characters was Alexandra Rose.  I remembered her today, so I thought I would share her story with you.  Alexandra Rose and I both worked for an affluent, prestigious law firm.  The clientele of the firm were upscale corporations and well-heeled private individuals.  The law firm was a very large, national company with offices in Vancouver, Toronto and Montreal.  It was what is referred to as a silk-stocking firm, which in Alexandra Rose's case is arguably an apt description.

Alexandra Rose was one of four receptionists, and she was very good at her job.  She was intelligent, friendly, and well-liked by everyone.  She and I occasionally had coffee together in the break room, and she was always very pleasant.  Being a receptionist is a much under-rated occupation.  Receptionists have to be welcoming and hospitable, no matter how they are feeling, or how disagreeable the clients may be.  They have to know where everyone is at all times, and they have to know the core business of the organization.  Unfortunately, most receptionists are under-valued and under-paid, and Alexandra Rose was no exception.  So, in order to save money for university, Alexandra Rose had a second job after hours.  Alexander Rose was moonlighting as a "lady-of-the-night".  In other words, Alexandra Rose was a hooker. 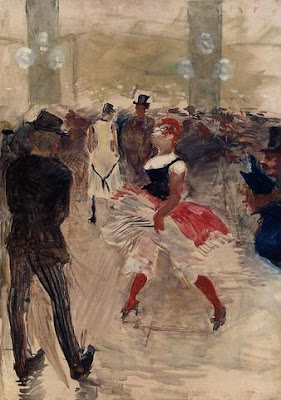 One evening some friends from out of town were staying with me, and we decided to take a drive through the city.  My friends wanted to see downtown Vancouver at night.  As we drove along Georgia Street, we found ourselves in the "local stroll", where the working girls of the evening plied their trade.  And there on the corner of Georgia and Howe was Alexandra Rose, in full hooker regalia.  Just at that moment, the light turned red and our car stopped.  Alexandra Rose, hoping to solicit some business, sauntered over and tapped on the window.  My window.  She put her face up close to the window, and I stared at her, and she stared at me.  It was a moment of horror for both of us -- a tableau, frozen in time -- as she and I recognized each other, our faces inches apart through the glass.  It seemed to take hours for the light to turn green, but finally my friends and I drove away and Alexandra Rose strolled back to her place on the sidewalk.

The next day we both acted as if nothing had happened.  I did occasionally see Alexandra Rose "out and about" for the next few months after that, and I heard she eventually put herself through university and got  a degree.  I imagine she is successful in her life, and probably happily married to an equally successful man who has no idea of her previous occupation.  Or maybe he does, and he doesn't care.  Either way, I hope she is doing well.  She certainly earned it -- in a most unconventional way.
Posted by Jo at 7:36 PM

Interesting. You are very classy to be able to ignore the incident/

You and she did the right thing.

A masterful tale ala Colette!

I just love reading your blog posts. I wish you would change your "About Me profile" because you are an excellent writer! You are also a class act. I admire Alexandra's determination. It is not easy out there!

A girl's gotta do what a girl has to do, eh? LOL

As Belizegial said, "a girl's got to do what a girl has to do." but its a pity that in our so-called modern society, they still have to do it.

Jo: I've stayed up far too late the last couple of nights reading through your archives and catching up; I **really** enjoy your posts. This sketch of Alexandra Rose propelled me back in memory to avidly devouring my grandparents' Reader's Digests and the beloved feature, "My Most Unforgettable Character." Well done and 'thanks for the memories.'

I love the way you propell me through time and make me feel as if I am right there in the car with you. Oh my.
I hope she is living a happy, comfortable life!

By the by my wife has over the years been downgraded from executive administrative assistant to receptionist.

I think she was happier keeping her other man in line because she still hasn't been able to tame me.

Now she just goes in does her duty and leaves giving nothing more than required and asking for nothing more than a schedule everyone sticks to. She will not work someone elses hours and I agree with her because as a receptionist she is treated like shit.

i seriously love the way you write.

"Either way, I hope she is doing well."

Its odd to see people out of the place you know then from isn't it.

I think receptionists are important, too. You drew a wonderful portrait of her, and I too hope she is successful and happy somewhere. Maybe she even reads your blog, who knows? I picture her having read this in her office, smiling at the memory, and maybe even suggesting her receptionist read it. You never know what is deep in the background of many of our closest friends.

I love this story! I would NOT have had the guts to do that as my second job that's for sure.

Sounds almost like a movie. An initial shock, a snap judgment, then reconsideration and even remorse for our own thoughts (she's desperate, she needs to support her child, she needs to pay for college, etc.) There but for the grace of God go we.

We've come a distance.  My sense is that people--including Christian conservatives who are generally caricatured by the media--are far more tolerant of the behaviors that we call victimless crimes. Sure, we'll still leave these laws on the books, and you may get fired because you're caught making your employer look bad today, but if it happened in the past most people don't care (except for hearing the prurient details, and you must really tell me everything, dear!)

By the way I trust "Alexandra Rose" is not her real name. You've kept her secret this long....

Poor Alexandra, I am sure she had a terrible night that day thinking what would happen in th office the next day and how you would react etc..

She of course didnt know the kind hearted soul that you are. Or she wouldnt have worried at all.

You lead such an interesting life! Thank goodness, you're not a mean person or a gossip. And while it must have been a shock to the two of you, Alexandra Rose didn't need to worry.

How respectful of you! Cool story.

Good for her! I'm just glad this story didn't end with her dead in an alley. I knew a woman in NYC who was putting herself through Columbia University as a Playboy bunny who did some hooking on the side. (Tuition is very expensive.) Her rationale was that if she was having sex anyway, she might as well be paid for it. I didn't agree, but did respect her for doing whatever she could to get a good education.

You are on a roll with these great stories!

It is a shame that in our society women are encouraged into such second 'jobs' by gender typing in job positions accompanied by low pay.
You showed yourself to be a very loving individual by your failure to judge, your discretion, and your well wishes for her.
Johnina :^A

She wasn't very good at her other job if she was working the track - the streets in hooker parlance.

A good working girl will hook up with an escort agency - more money and a lot safer.