Colonel Mustard In The Study With A Rope... 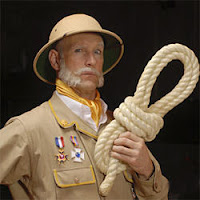 We have all played that wonderful game of "Clue", wandering through the hallways of the Boddy Mansion, trying to find the clues as to who might have dispatched Mr. Boddy.

"Miss Scarlett in the billiard room with a knife..."

And most of us have watched at least one of the CSI television franchises about forensic detectives who use DNA and other evidence to solve cold cases. By the end of the hour, the detectives have solved the case using 21st century forensic technology, some of which has not yet been invented. But, what the heck, it's television and, like the game of "Clue", it's meant to be entertaining.  It's not real life. 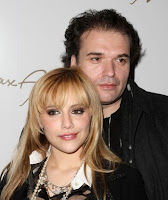 Occasionally, though, there is a mystery in real life that is so bizarre, it sends up red flags, even to the most unsuspecting people.  Two relatively young married folks -- Brittany Murphy and Simon Monjack -- die within five months of each other of exactly the same thing, acute pneumonia and severe anemia, both of which are relatively rare conditions in people their age.  Both are discovered in the same place in their home, by the same person.  What are the odds?  Something just doesn't feel right, and if I were a detective, my money would be on a suspicious third agent, either animal, mineral or vegetable.  I don't know much about either of these two people, but I think we have the makings of a CSI show here, or at least a good, rousing game of clue.  Stay tuned...

"Professor Plum in the conservatory with a candlestick..."
Posted by Jo at 7:00 PM

Yes, it does sound most mysterious.

Funny, I was thinking about the same thing when I saw the story on CNN today, except I didn't think of Clue, although I was playing Clue very recently with my daughters...

Sounds very strange indeed. Maybe something like Legionnaire's disease in the plumbing ? Or something more sinister ?

It's very, very strange and creepy. It will be interesting to see what they uncover, if anything.

All I can think at this time is that it is such a pity. A waste of youth and talent. Life in the fast lane can be deadly, eh?

When I heard this story alarm bells also started in the back of my head.

Actually i have never watched any CSI or played a game of Clue but I sure would like a complete serology work up from both. AIDS after all stated with one person.

I am still thinking about you being confused with Kim Campbell.

If you ask me, you are far more attractive than her! But if someone wants to call you Ms. Campbell or the Right Honorable Ms. Campbell as they hail a taxi for you or escort you to the best seat in the restaurant, so be it! Heh!

Though it may not be protocol, I sill prefer Lady Johanna! I think that suits you just right!

That is VERY suspicious to me!

I hadn't heard about this. And I have to say with a sheepish grin that I never played Clue, either. However, I will check it out (the CNN article) and see whether anything has been discovered. It's not right, something is the cause and has not yet been uncovered.

I know this statement would upset Brittnay's mom, but both of these people also abused drugs. When you do that kind of thing... weird crap happens to your body.

You know, Jo, I thought the exact same thing! (I was a huge CLUE fan, and I also like CSI.) It is either the person who found them or some ingredient in the house. I sure hope the investigators get to the bottom of this mystery.

It is a very curious situation and when I heard of Monjack's death I got an uneasy feeling as well.

Im looking a Col. Mustard costume like the one shown above. Any suggestions?