The Theory of Six Degrees 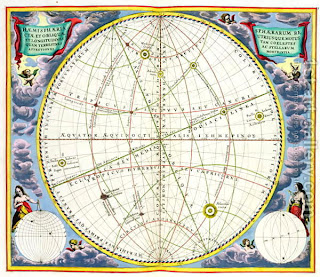 I grew up in a small town on the edge of a forest and my friend Helen* lived on the other side of the creek from our house. We spent all our time at each other’s houses, playing hopscotch, skipping, swimming, playing with dolls and doing all the other things girls do. We went through elementary school together and we ate lunch together every day. We would often trade lunches, and I always looked forward to the days when Helen’s mother made her chocolate bar and banana sandwiches. They were delicious.

Helen and I grew apart as we got into high school and found we had different interests. Helen was very athletic and involved in basketball, where I was more involved with the school choir and arts. We went our separate ways and didn’t see each other again after graduation.  Helen became a teacher and moved to another city, and I got married. After my husband died, it was necessary for me to go back to work, so I became a legal assistant with a large law firm. I worked for a senior partner and his junior assistant, a young articling student named Paul*.

Paul was a very sweet young man and everyone liked him. He was dark, attractive and sort of self-effacing, but he was a very promising articling student. However, he had made one serious mistake in his personal life, which required a formal hearing before he could become a lawyer. When the hearing concluded, it was agreed that Paul could become a lawyer and practice law, but on the condition that he move to a law firm in another city.

In the meantime, Helen had been diagnosed with a medical condition that required surgery. The doctor who performed the surgery botched it, leaving Helen in chronic pain. Helen sued the doctor but she lost the lawsuit. And, by a strange turn of coincidence, the firm representing Helen's doctor was the same law firm where Paul now worked.

Helen was frustrated with the outcome of her case, and after exhausting all appeals she set out on a mission to take justice into her own hands. She drove to the law firm that had represented her doctor, with the intent to shoot the lawyer, and she accidentally shot Paul instead and killed him. She was on her way to shoot her doctor when she was captured. After a lengthy trial, Helen was found guilty of murder.

At the time this happened, I had not yet heard of the theory of six degrees of separation. Two people whom I had known at different times in my life, had their lives intersect with each other in a way that would turn out to be devastating for them both, and neither of them knew I was their one degree of separation.
Posted by Jo at 10:19 AM

Wow, that gives me chills...thanks for explaining that, I had no idea! As usual I am always so glad to have dropped in to read your wonderful blog. Have a super week end Jo! Carol in TN

Carol, it's nice to see you. I hope Jimmy is doing okay.

I have also been close to people in a big story like that....shocking

Wow. What an amazing story, and how very sad for Paul and those who loved him. Is Helen still in prison?

I have always found the theory of six degrees fascinating, and suspect most people do. It's also a wonderful reminder that our behaviors and choices do affect others because we really are all connected.

The theory of six degrees is the only explanation for many things that happen, it's chilling when things like that happen though.

Yikes! That is truly a scary connection. And of course they would never have known about it, only you. It must have been strange for you to realize this one degree of separation. I also hope you have a wonderful weekend, Jo. Hugs to you.

I just read your previous two posts also, remembering that the pear shape gals were better suited for motherhood a few decades and another university study ago! You never fail to surprise and delight us.

Very true. It is truly a small world.

The other day I went to a business meeting. I was talking to a person and learned she had grown up in north Iowa with some people I knew very well.

We spent about 20 minutes doing the "and do you know ....?" game. It turned out we both knew about 10 people from years ago.

I was amazed and your post is so, so true.

WHOA! That was a goose pimply story for sure! Amazing and ironic how our lives intersect.
Have a wonderful weekend in your lovely tree house.

Hi Jo, this is not my first time dropping by to your blog and read your words. But this is the first time I write a comment here.
In fact I don't really understand about the theory of six degrees. But the story is amazing! Thanks for writing so many interesting articles, I've learnt a lot from you. =)

Susan, yes, we are all connected. I work with someone who is extremely closely connected with the Queen -- as in very close. That's strange, hey?

TC, it is strange and chilling, and sometimes truth is stranger than fiction.

Djan, I hope you have a wonderful weekend, too. And hugs to you too. :-)

Russell, when my daughter and I were in London, we actually ran into people from Vancouver. We had not met them in Vancouver, but we met them in London. Strange, hey?

Donna, thank you. Today is the most perfect day of the year to be in my tree house. :-)

Is it possible that the Blog-o-sphere has reduced this to about 3 degrees of separation?

Now that's a fascinating story. Good thing you grew apart from Helen, otherwise you'd be visiting her in jail.

But we rarely remain friends with people we knew as children - Helen is a good example why.

Oh my - chilling story. I do believe in six degrees - fascinating. By the way Jo, I chuckled when you mentioned the chocolate bar and banana sandwiches - brought back memories of my friend's mother making bread and butter sandwiches topped with sugar - they were good! :)