The Law of Probability 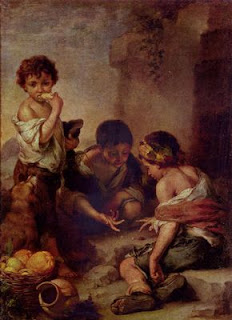 Probability is the likelihood or chance that something is the case, or that an event will occur. Probability theory is used extensively in such areas of study as mathematics, statistics, finance, gambling, science, and philosophy to draw conclusions about the likelihood of potential events and the underlying mechanics of complex systems ... and my life. If I find something I like such as a shampoo or a toothpaste or vacuum cleaner and I go back to buy another one, I find that particular brand is not being made anymore. Or, if on the odd occasion I may be saying something about someone that I don't wish them to hear, I will turn around to find them standing right behind me. Oh, yes ... we've all been there.

Law of Probability
The probability of being watched is directly proportional to the stupidity of your act.

Law of Mechanical Repair
After your hands become coated with grease, your nose will begin to itch and you'll have to pee.

Law of Gravity
Any tool, when dropped, will roll to the least accessible corner.

Law of Random Numbers
If you dial a wrong number, you never get a busy signal and someone always answers.

Law of the Alibi
If you tell the boss you were late for work because you had a flat tire, the very next morning you will have a flat tire.

Variation Law
If you change lines (or traffic lanes), the one you were in will always move faster than the one you are in now (works every time).

Law of the Bath
When the body is fully immersed in water, the telephone rings.

Law of Close Encounters
The probability of meeting someone you know increases dramatically when you are with someone you don't want to be seen with.

Law of the Result
When you try to prove to someone that a machine won't work, it will.

Law of Biomechanics
The severity of the itch is inversely proportional to the impossibility of the reach.

Law of the Theater
At any event, the people whose seats are furthest from the aisle arrive last.

The Starbucks Law
As soon as you sit down to a cup of hot coffee, your boss will ask you to do something which will last until the coffee is cold.

Law of Gym Lockers
If there are only two people in a locker room, they will have adjacent lockers.

Law of Physical Surfaces
The chances of an open-faced jelly sandwich landing face down on a floor covering are directly correlated to the newness and cost of the carpet/rug.

Law of Logical Argument
Anything is possible if you don't know what you are talking about.

Brown's Law of Physical Appearance
If the shoe fits, it's ugly.

Law of Commercial Marketing Strategy
As soon as you find a product that you really like, they will stop making it.

Doctor' Law
If you don't feel well, make an appointment to go to the doctor; by the time you get there you'll feel better.
Posted by Jo at 7:11 AM

Hi Jo, trust you are feeling better. For the first time since I began to follow your blog, there are no comments already posted to your daily writing. So I will quickly be the first one to send a comment, or actually just to say hi, hope you are feeling well and have a good weekend. I will be at the hockey game (St. Louis Blues v. Philadelphia Flyers) on Saturday and "glued" to the sofa watching the Superbowl (pre-game shows, the game and the celebration) on Sunday :)
Regards,
TOTA

Oh my god that is so right. Love all the 'laws'.

This Law List is awesome, I can, based on personal observings, confirm so many of them.

I have another one for ya...

If you are writing a post for your blog that requires your complete attention to detail, the phone will ring...multiple times.

Hey Jo- one way to avoid cold coffee is to buy an electric coffee warmer. Those things are great. The onliest thing is that you could forget your cup of coffee there and return the next day to sludge.
~Lorna

the Constantly Dramatic One said...

Dude, that is soooo true of baths and changing lanes. I mean, what the hell is up with that? Honestly?

whenever I want to show someone any new thing my toddler daughter is doing, she does the opposite. Like, after a day of her correctly identifying colors, telling my husband about it, and then he points to a yellow toy and she yells "GREEN!"

is there a "Law of Inherent Child Opposition?" Serves me right I guess for putting her on the spot...

You are Probably right about all of them.

So true! Thanks for a chickle on a day that I needed one.

I have a corollary to this kind of law. The negative consequences will be less than the minimum required for it to become so over the top as to be funny.

Wow, that is not only hilarius, but insanely accurate!

Law of the Potty:

If you're on it, the postman will start ringing his bicycle bell non-stop at the gate causing consternation to one and all :)

Have a nice weekend Josie!

Jo- Those are all so true and funny! I needed a good laugh!

The probability of being watched is directly proportional to the stupidity of your act.
...

Oh, do I love that. Guilty on a number of counts.

Those are ALL funny!!

Very funny a sort of Murphy's or a Sally's.....I'v never seen this nice blog..enough to be the Best blog....get well soon and build it more...

Law of being tied to a post when you person is in a shop:
Something edible is just out of reach.

Sounds like you're feeling better. It's always a lovely feeling getting back on track, isn't it?

I adored your list of probabilities, and every one of them logical and completely on point!!

Have a good one!

I like (and can relate) to each of these, but I think I like Law of Logical Argument the best: Anything is possible if you don't know what you are talking about!

Reminds me of the expression the confidence of ignorance! The guy at the end of the bar who has all the simple answers to life's very difficult problems! Because he is so ignorant, he thinks he is so smart! Heh!

Take care and thanks for making me laugh!

So many (funny but frustrating) laws! But then laws are meant to be broken! Care to join me on a crime spree of breaking some of these laws?

Very nice site. Hope you dont mind I added you to my list.

These are great! :-) And in my life, the Law of Gravity states that the dropped tool will first smash my foot...before it lands in that hard-to-reach place.

It is quite close to what happens to us in our daily life. Great observation