Giving Thanks For All The Good Things ... And Brussels Sprouts ... 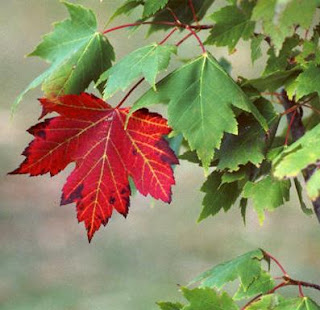 Monday, October 11th is Canada's Thanksgiving Day. The official proclamation of Canadian Thanksgiving was: "A Day of General Thanksgiving to Almighty God for the bountiful harvest with which Canada has been blessed … to be observed on the 2nd Monday in October."

The history of Thanksgiving in Canada goes back to the year 1578, when the explorer Martin Frobisher returned safely after trying to find a a northern passage to the Pacific Ocean.  Since then, Canadians have sort of amalgamated the harvest festival held in England, and the football festivals held in the U.S.  Here in Canada,  the Canadian Football Leage holds a nationally-televised doubleheader known as the "Thanksgiving Day Classic".  What football has to do with Thanksgiving, I have no idea, but I suppose it gives the men something to do while the women slave in the kitchen cook the Thanksgiving meal.  Actually, I shouldn't say that, because I know some men who are wonderful cooks too. 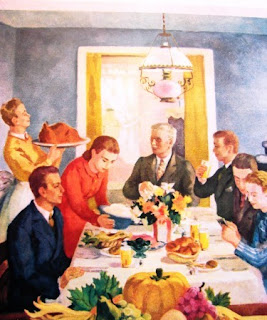 Trim the Brussels sprouts, removing the loose leaves. Cut an "X" in the stem.  You can cut the sprouts in half if you like, but it's not necessary. Put the sprouts in a bowl and mix them together with the olive oil, salt and pepper. Place them in a pyrex baking dish or on a cookie sheet and put them into a pre-heated 400 degree oven. Roast them for 35 to 40 minutes, stirring them occasionally. They will caramelize and develop a lovely caramelized colour and flavour. Omigoodness... Better than chocolate. No ... really! Better than chocolate.  But Brussels sprouts are delicious any way you cook them...

Happy Thanksgiving to all my Canadian friends, and I hope you have the chance to spend some time with your family and friends.  And remember, on Thanksgiving weekend, d.i.e.t. is a four-letter word.
Posted by Jo at 7:56 PM

My husband's family had never heard of them. I hosted Thanksgiving one year in our first home and served them. His youngest brother was about 10 and when the bowl was passed to him he looked at the brussel sprouts and said, "I'm not eating those green shits!" I thought, good more for me.

yummmmy! I love Brussels sprouts, but only when I put vinegar on them. Another Thanksgiving must is a savoury marshmallow sweet potatoe casserole - OMGosh! lol Enjoy your Thanksgiving! :o)

Happy Thanksgiving to you Jo! I hope you have a wonderful day and many brussel sprouts. We both love them too.
Sharon.

Have a wonderful Thanksgiving. Eat, eat, eat and then take a break -- and go back and eat some more!

I have always considered Thanksgiving my favorite holiday as there is no commercialism and it is a day when people get together to share a meal and conversation.

I have brussels sprouts almost daily, thanks to my wonderful husband who prepares them for me. He knows I love them, and they are so good for you, too. I'll try this way of preparing them. You certainly do have a lot to be thankful for, Jo, and I am thankful for YOU!

i have a form of this recipe from a darling
cookbook my sister in law gave me called
"it's a wonderful life! cookbook"

they are truly delicious, so crunchy and
carmelized.

i'm so glad you love them too.

Happy Thanksgiving, Jo! And I officially bequeath to you every Brussels sprout that comes my way until to death I depart.

B-Sprouts better than chocolate? Have to take your word on that. Growing up, my mum would serve them to me mashed. And I eventually learned to like them.

Happy Thanksgiving! Maybe in your honor I'll give Brussels Sprouts a try. MAYBE.

I love brussels roasted this way...yum! We always have them on Thanksgiving here too.
Have a lovely Thanksgiving, may many blessings be upon you and yours!

I might consider trying brussels sprouts using your recipe, but I have my doubts about them being better than chocolate. ;-)

450 years later and he would have found that Northwest passage. Some guys are just ahead of their time. Brussel what? Have you lost your mind?

Did you take that photo of the leaf? It is gorgeous! Happy Thanksgiving.

Happy Thanksgiving Jo! You may have my share of brussel sprouts as I'm one of those people that don't like them.

I do however make my baby red potatoes and asparagus using the method in your post. They do come out delicious, so maybe it would make even brussel sprouts good :0)

And your Thanksgiving dinner sounds just like my own!

Hope you had a nice holiday Jo. I'm with you on the Brussels sprouts - I love them. (I prepare mine with butter and dill, but now that you've shared your recipe - I'm going for it.)