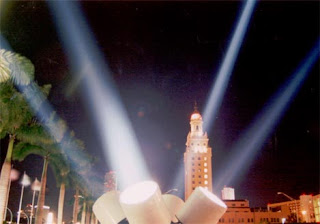 When I was a little girl, about seven or eight years old, the only place I really wanted to go was Hollywood. I thought Hollywood was the centre of the universe. Other little girls my age wanted to be princesses or brides, but not me. I wanted to be a movie star. Just imagine being a famous actress, and living in a beautiful home in Beverly Hills -- with a swimming pool, of course. My only friends would be other famous actors and actresses, and I would be married to ... oh ... Gregory Peck or Steve McQueen.  We would go to parties and movie premieres every night.  I would be widely acclaimed for my fame and beauty, and I would win an Oscar for every movie role. 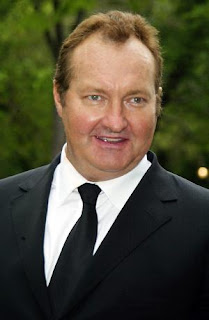 So it came as a great shock to me yesterday when Randy Quaid was arrested just a few blocks from my house here in Vancouver, and is claiming refugee status in Canada. A refugee from Hollywood...? What on earth happened?  Randy Quaid has always been one of my favorite actors.  The roles he has chosen were a bit quirky, but suited to his personality.  He wasn't blessed with the movie-star good looks of his brother Dennis, but Randy is by far the better actor.  He has appeared in over 90 movies, and he has been excellent in every one of them.  He can do a bang-on impersonation of Roy Orbison that would knock your socks off, and his role as Lyndon B. Johnson was almost eerie in its authenticity.  There is a back story to Randy Quaid's slow annihilation, and it would be interesting to find out what it is.  What would cause a man, blessed with talent and good fortune, to snap and start behaving in such a bizarre manner?  It would seem that Hollywood is not all about glamour and glitz and swimming pools in Beverly Hills, but rather it is about regarding people as commodities; there is always a newer, better, more up-to-date version.  "Get me a young Randy Quaid..."  Or even "Get me a young Dennis Quaid..."

I hope Mr. Quaid gets the help he needs. And if he wants to stay in Canada, why not? We've let much worse people into this country. Best of luck, Mr. Quaid.
Posted by Jo at 9:45 AM

I know! What a bizarre story. Makes me think of Bonnie & Clyde, a bit. If anyone can help them I think it's the fine people of Vancouver :)

There are many like him, everywhere outside of Hollywood, in places where people are sane and real.

I saw that news story and was quite flummoxed. Apparently he and his wife were on a petty crime spree of some sort before seeking "asylum" in Canada, but do not face any charges there. The story is very weird, to say the least. The concept of being a refugee from Hollywood is hilarious.

Well, Jo, you know they say that truth is stranger than fiction. If you wrote a novel about this, it would be savaged as being entirely too bizarre. And I agree, let him stay in Canada, I would go there if they would let me...

Strange story... what on earth could have happened ???

Kind of you to take my brother and his wife in too, though why anyone would move from Hawaii to Edmonton remains a vexing question. Now Vancouver? THAT anyone could see as a great move from ANYWHER!

very strange indeed, and it's sounding more and more paranoid as we go along. sad really. But I do admire your tasts in 'husbands,' I must warn you though that Gregory Peck is mine!

I suppose it would be a miracle to remain "normal" in Hollywood, wouldn't it. Like you, I have always thought Randy to be a superior actor.

That whole Quaid story has tured really bizarre, and kind of sad. I like "the long riders" the best of his movies.

Thanks for pointing this out Jo, I agree with your assessment...I can see a writer picking up on the hollywood hit list thing...I think it would sell though..but I wanted to go to Hollywood too.
I agree Jo is a star in the blogsphere!

I heard about that. I remember also hearing that he was living in a bank foreclosed home and had been living there for a while.

How sad. I hope he finds his way back.

Strange indeed. It is obvious they need help. It's hard to tell what pushes people into that sort of bizarre behavior.