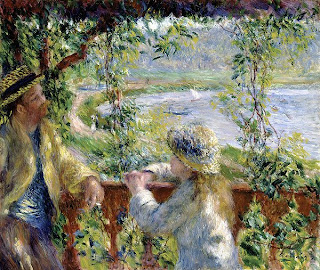 When I was a little girl, whenever I was "under the weather" with a cold or flu bug, my father's remedy for everything was a cup of cocoa. He would use only Fry's cocoa. He put two tablespoons of cocoa into a mug, mixed in some sugar and then slowly mixed in the hot milk. No one could make cocoa the way my father did. He also made the best bacon and eggs and pancakes. And every Saturday he would bake a special chocolate cake with raspberry compote filling. He made the filling with raspberries that he grew in his garden.

It didn't matter what illness my brothers or I might have had -- rheumatic fever, scarlet fever, a broken bone -- the remedy was always food. I remember once I had a severe bout of tonsillitis, and my father gave me a sardine sandwich. What happened, you ask? Oh ... you don't want to know. 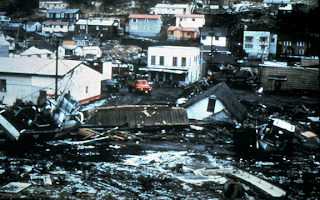 The family doctor was also a personal friend of ours, so he made house calls, and they always turned into social calls as well. I remember one year my mother was very ill with a cold, she called the family doctor, and he said he would pop around to see her. She had been too ill to sweep or tidy up, so she jumped out of bed to straighten the house before the doctor arrived. He caught her sweeping the floor, and scolded her. He said, "This house will still be here long after you're gone. Put the broom down and get back into bed." A couple of years later our town was struck by a tidal wave, and the house was washed out to sea. My mother phoned the doctor and said, "Oh, Chesley, the house is gone -- but I am still here..." She took great delight in pointing that out to him every time she saw him.

My father had a plum tree in the back yard, and every summer it was so laden with plums, he had to hold the branches up with two-by-fours. My favorite breakfast on a summer morning was a bowl of stewed plums and a piece of toast with sweet butter melting on it -- and a cup of cocoa. To me, plums will always taste like a summer morning. 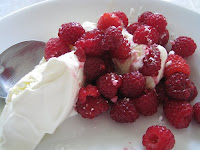 I still occasionally use food for (*cough*) medicinal purposes. I don't care much for drinking, and drug addicts can keep their drugs. But a big bowl of Häagen-Dazs vanilla bean ice cream, covered with raspberries -- now, that's for me. I just happen to have one here right now, and as soon as I'm finished posting this, I'm going to dive in. Oh, I can't fool you -- I've already eaten it.

Have a great evening, everyone.
Posted by Jo at 6:43 PM

Nomore, oh, gosh, please send my good wishes to your wife. I hope she gets better soon!

Aw Jo..... a lovely, lovely nostalgic post, dahlink. I do hope that you soon feel better and lose that cold.

I once got hooked on Häagen Dasz/Dazs ice cream but I think it was something like Vanilla Swedish Almond. I loved it because I prefer my ice cream NOT sweet. It was the perfect level of sweetness.

Later I will talk about the lichis.Your nostalgic post reminded me of that incident.

"In your father's house, there are many mansions."

It was always the traditional chicken soup for us. Although, my mother did make it from scratch!

My grandparents always gave us food for medicinal purposes, too. Hot cocoa, but with Hershey's cocoa was their medicine. Made from scratch - always better isn't it? Hope you throughly enjoyed that ice cream and raspberries.

How about the story of that tidal wave? My worst nightmare, after being trapped in a car under water.

Oh, lucky you! I do not remember my father EVER making anything! He was more the "sports" and "table saw" type of man. I also don't recall him every vacuuming, dusting, ironing, or doing the laundry. However, he did mow the lawn, build the fence, teach me to catch a grounder, and even took me to a football game once.

I'm all for 'home remedies': lemon juice for a sore throat, chamomille tea for mouth and inner infections, ice for swellings and fever, etc... , cocoa, chicken soup , ice cream are indeed helpful and comforting foods in cases of a cold.

vanilla bean ice cream, covered with raspberries - Now that sounds like the best remidy ever

There is a lot to be said for food as a remedy for what ails you! And if someone who loves you is preparing the food, why the love induced food has even more healing power....your father sounds much like my Hubby and his father,so I am assuming your father was not only special to you, but a very special man to many.

Again, a wonderful post and tribute to your grandchildrens' great-grandfather!

Food is the remedy for everything,for me anyway especially cholotes(hope they count as food?!) lol

Lorna, lichis? As in lichi nuts? I love those!

LoverOfLife, I should do a post about that tidal wave sometime. It was a living nightmare.

Leslie, LOL, I never saw my father vacuuming, dusting, ironing, or doing the laundry, either. *heh* That was "woman's work". He was a fabulous carpenter, however, and he taught me how to swim, ride a bike, ice skate, fish, hike, play baseball... I miss him.

DUTA, it's amazing how home remedies, such as those you list, are just what the doctor ordered, hey? Oh, yes!

Kathy, yes, my dad was multi-faceted. He was extremely intelligent and well-read, and he could make the best coffee I have ever had!

Miss_Nobody, oh, chocolate is one of the main food groups! Make no mistake. *heh*

Lovely!
My Dad used to make the most amazing weekend breakfasts, pancakes with fruit, much like your plums, a long time ago but I still remember it fondly.

I'm all about medicinal mashed potatoes.

This post brings back memories of childhood! Food as medicine is all the rage now.

My dad could make chicken as many ways as there are kinds of hens and a chocolate cream pie to die for.

I'm a great believer in healing properties of food, for a soul as much for a body. And that picture of ice cream is sooo good... I'm going to have some tonight...

But I should also add I believe in healing properties of red wine as well. I feel a little guilty admitting it, but oh well.

I had a good laugh at the "house" story. My mom always gave us Hot Toddys when we were ill. Lemon and booze I think, with lots of sugar. It made us sleep anyway.

Food: The Great Nurturer - especially when prepared by loving hands and offered from a loving heart. As soon as you mentioned
Häagen-Dazs I had a Rum-Raisin flash of inspiration. ;-) Lovely post Jo!

I thought every one used food for medicinal purposes........they don't? For me it is a cup of hot tea and a soft boiled egg on toast. One of the fond memories of my mother, she always, always made this for me, no matter what ailed me.

your dad sounded like a great guy! I think most families have used food for medicinal purposes, when my kids were sick running fevers I kept popcicles and saltine crackers or them, worked on all sorts of illness, to this day if they are ill that is what they want, and of course Gatorade.

Were you referencing the tidal wave that went up the Alberni Canal....that was something...that was a result of the earthquake up in Alaska if I remember correctly?

Josie as always your posts bring back memories....I remember when I was a little girl and the doctor made a house call, my younger brother and I were sick, my mom didn't drive at the time....mom was a great believer in the tea,honey and lemon...that was the cure all...that and Vick's vapor rub....

I love this post. It brought back many good childhood memories (and I need that right now! :). Whenever any of us kids were sick my Mother would make chicken soup,saltines and ginger ale, but the best part would be the strawberry jello and the tv moved into our bedroom. That was the treat.I still remember the smell and taste of the cool jello and the fizzy bubbles of the ginger ale soothing my sore throat.
One of my most profound and meaningful memory to me is when I was 2 or 3 years old. I was staring out of our sliding glass door at a fierce New England Snowstorm and the smell of homemade chocolate chip cookies in the backround. I stood in just my diapers but was so warm and happy with my Mom behind me baking and the light and safety of the kitchen keeping me

Food for medicinal purposes? ... yes! Food is the perfect remedy for so many things. I loved this story, Jo. You have some of the sweetest memories and I love the way you write them, I love to read them.

What tasty childhood memories! I wish my parents were more creative with food. Instead, my over pretective Mother always freaked out over an illness and sent me straight to the awful doctors office. I really hated that man!. To this day, their food is so bland, cardboard would taste better.

The best food for any illness is tea with honey and a saffron bun. Then you put hot camphorated oil on a wool cloth and slap it on the chest. At least that's what my parents thought.

Jo that sounds just delicious.. the home remedy and the fond memories.

Mmmm. That sounds good. I like medicinal milk shakes-Jamocha milk shakes. They do a body good! Chocolate covered peanuts go a long way in aiding in the healing process, too. I'd better go look in the fridge--I mean, the medicine cabinet. D

food does make one feel better, great post, now i want some toast....jc

Those are wonderful memories, and delicious ones, too. I can't imagine having ones house swept out to sea by a tidal wave. You have really had an exciting life, and best of all, YOU'RE STILL HERE!!!

It's good to have a remedy for colds and flus. The stronger you believe in them, the better they work.

Yes indeed food is a great remedy if used for medicinal purposes.
For eg. Cinnamon is absolutely great to control the sugar level in the body, fixes our metabolism and controls the cholestrol beside a having a few more benefits.
And I fight my flu with ginger and turmeric..
Though surely doesnt sound as tasty as cocoa and chocolates