Here There Be Dragons... 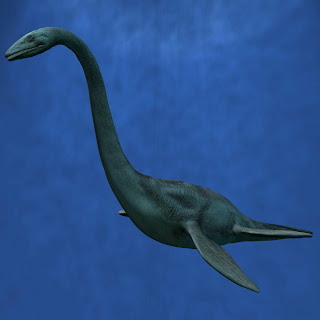 There are reports of lake monsters in lakes all over the world, including the United States, Russia, South America, Scotland, Sweden, Australia, Canada. This picture is a drawing of our very own Ogogopogo who lives in Lake Okanagan in the interior of British Columbia. In 1926, Ogopogo was sighted by thirty carloads of people heading for a picnic at Mission Beach on the shore of Lake Okanagan. And the First Nations have legends of lake monsters in lakes all over British Columbia, dating back for centuries. To them, there was no question that these animals existed, and there were ancient legends of them basking on the shores of the lakes. 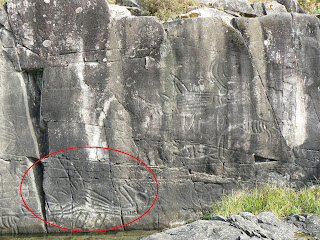 In Sproat Lake, where I grew up, there are petroglyphs depicting a sea monster, with the same characteristic long neck, four flippers and long tail. (If you click on the picture to enlarge it, you can see the details of the animal.) These petroglyphs (K'ak'awin) are considered prehistoric, and little is known about them, but the pictures are very clear. When I was a teenager, this was our favorite swimming spot on the lake -- it was dark, deep and refreshing on a hot summer day. The more daring kids would dive off the top of the petroglyphs into the lake. I love swimming in deep water, and I sometimes wondered what was down there, swimming beneath me. Could it see me? If I believe in a lake monster, does it believe in me? 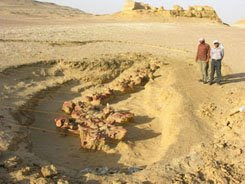 In April 2005, National Geographic reported that geologist Philip D. Gingerich and his team had excavated the first known nearly complete skeleton of a Basilosaurus isis. Some cryptozoologists believe the Basilosaurus to be the same animal as the lake monster reported in Okanagan Lake (Ogopogo). One theory is that these animals are a living plesiosaurs. Plesiosaurs were not true dinosaurs, but were reptiles, and could very well still exist today. Plesiosaurs were sea-going, with long necks, four paddle-like flippers, and a humped back. There is another theory that a massive flood approximately 4,500 years ago created some of the deep mountain lakes all over the world where these creatures have been seen, including in the famous Loch Ness. 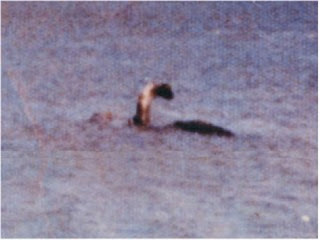 To this date, these creatures are still legend, although there have been hundreds of sightings of them, but no plausible explanation. There are still so many undiscovered things far in the murky depths of oceans and deep lakes. I think, in many ways, it is as interesting a frontier as outer space. What kinds of wonderful and strange aliens has man yet to discover in the darkness of both these places.
Posted by Jo at 9:41 AM

Greenpanda, maybe if you take a vacation to Loch Ness, if you look really closely you might see one. :-)

I always was fascinated by the fact that all these water bodies were about the same latitude. Perhaps that has helped in some way with its survival.

LGS, yes, good point! I do believe something exists down there, and one day we will find it.

Why are these creatures called monsters? they look quite delicate to me and have done no harm. On the contrary. Nessie ( the creature from Loch Ness) has heavily enriched the budget of the little town of Inverness to which the lake belongs.

DUTA, you are so right! And none of them have harmed anyone. What a good point. Ogopogo has enriched the town of Kelowna on Lake Oganagan too.

Is it possible that there are some very large eels that people mistake for some sort of monster?

I have no idea and don't know a thing about any sea monsters - but it sounds interesting. I try to be open minded about most things.

However, any time something like Big Foot or a sea monster has allegedly lived in an area for decades without really being seen, well.... I start to have my doubts.

But it sounds fun and who knows?!

We visited Lake Okanagan last fall - beautiful place. Our friends were thinking that's where they would look to live if the election in the States went the other way. As for me, Victoria stole my heart.

Lake Tahoe is also said to have one of these monsters. I feel fairly safe do to the clarity - if he visits my beach I'll at least see him coming.

P.S. We are on the same "lake" wavelength today!

Great subject Jo! Back in Burlington, VT Sean and I had a house a few years back. The legend is said that in Champlain Lake, in Burlington a monster (Champ) was seen many years ago by a fisherman. It looks very similar to sea monster where you grew up and to this day, they are detecting sonar in the lake that cannot be explained. There have been hundreds of sightings of this thing over the years. Makes you kind of wonder. I think it would be pretty cool if those water dwelling creatures still existed!

I'm so glad you still have this blog, Josie. I am always learning things when I come here.

A very interesting post. I like the large Yeti stories too, & Australia is said to have some mysterious large creature in Tasmania, & also a catlike animal in NSW.

I hope very much that these "monsters" exist. I read a novel not too long ago on the subject of lake monsters as well as metaphorical monsters called "The Monsters of Templeton" and it got me thinking about the possiblity of lake monsters.

Has there ever been any in depth (and I do mean of the deeps) study of these lakes? I know our ability to explore deep underwater is limited.

I think anecdotal evidence is too often dismissed too quickly. I used to live in an area with a lot of farming that had long ago been home to many big cats (called panthers there, but others call them cougars or mountain lions) and supposedly they were all extinct, but different farmers who had lost livestock and from distance seen the perpetrators swore it was a large cat and not a dog or a coyote as game wardens insisted it must be.

I think we have a quasi genetic need to believe in monsters in dark places, lakes, caves, forests... perhaps due to millions of years of early hominids often getting eaten by larger beasts than themselves? It's a wonder we survived at all, being the relatively puny things we are size wise. Perhaps fearing such large critters, even when they are hidden in water, is part of our survival skill-set? I know in northern Australia, you wouldn't catch me going near salt water marshes, they still have some big sea monsters down that way... sea-going salt water crocodiles, with BIG teeth !

I was going to recommend "Monsters of Templeton" but I see Alissa beat me to it.

Jo.. when I was in Scotland.. I spent some time.. looking for the Lochness monster.. in every lake.. But no sight of any.. So would love to see something like this.. Had to satisfy myself with a little soft toy of the monster!

Russell, well there is anecdotal evidence of these creatures being seen, and also photographs. But I guess until someone hauls one ashore, it will still be a wonderful, spooky legend. :-)

LoverOfLife, yes, it must be the suddenly warm weather here -- I am thinking lakes. And yes, Victoria is spectacularly beautiful. I love the Inner Harbor.

Arley, yes, Champ is very famous, and in fact is described as looking exactly like the one in Okanagan Lake and also Loch Ness. It's quite incredible!

CountryGirl, oh, goodness yes, I still have my blog. I do try to keep it interesting. :-)

Meggie, I do believe there are creatures that we have not yet discovered. I'm keeping an open mind about it. :-)

Alissa, I think you are probably right that the big cats survived, and just became more wily. North America is filled with cougars (mountain lions). Thank you for suggesting the book. I'm going to check it out.

Owen, that is a very interesting theory. I agree -- the bogeyman in the night is what keeps us on our toes, and keeps us safe. It is an instinct, definitely.

Maureen, yes, I had not heard of that book before, but now it intrigues me.

Patricia, well, I think they are deep water animals and quite elusive, but I think also that one day we will find them.

I certainly want it to be true.

Now this is my kind of topic. I love the unexplained and truely believe that there are many things out there that we don't know about. Lake monsters are only one of them.

I'm so glad we have not yet confirmed Nessie. The problem is that once we actually find and classify any monster or dragon, then, within days it simply becomes another exhibit in a zoo.

yeti is another one unexplained phenomena jus like this.

Firefly, oh, goodness yes. To NOT believe in them is to have a closed mind. They are there!

Butler and Bagman, I agree with you. Either that, or we would turn them into sushi.

White Crow, I believe Yeti is a cousin to Sasquatch, and I believe they are real. (Cue the Twilight Zone music...) *heh*

Fascinating! I love anything spooky and mysterious. I'd like to think that Nessie does exist.

I too would like to believe that somewhere, in some cold deep lake, one of these magnificent creatures still exist. I've always been fascinated by dinosaurs and anything prehistoric. The petroglyph in the Sproat Lake photo is awesome!