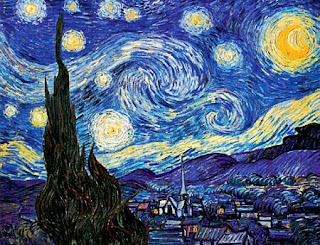 "You may be an undigested bit of beef, a blot of mustard, a crumb of cheese, a fragment of underdone potato. There's more of gravy than of grave about you, whatever you are."

Do you ever have strange dreams -- I mean strange dreams? I had one last night that was so real, and so strange, I woke up wondering if it was live or Memorex. I was in a house in a foreign country. My boss was with me, and we were being pursued by three Nazi SS officers. Now, trust me, I don't think about Nazi SS officers from one year to the next. As far as I am aware, they are not anywhere on the horizon of my conscious or subconscious mind. But there they were, live and in living color. And they were up to no good. My boss and I had apparently done something of which the Nazi SS officers did not approve, and they were about to show their displeasure. Without going into great, gory details, I managed to dispatch all three of them, thereby saving myself and my boss. 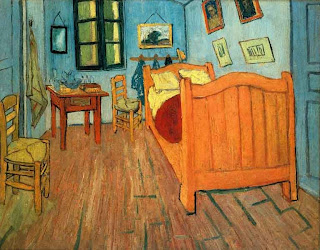 I woke up in my own bedroom, wondering -- was that dream the result of some undigested bit of pork dumpling I had had at a Chinese restaurant for dinner that evening, or had I at one time had an actual encounter with SS officers, perhaps in a previous life. I'm not sure I believe in previous lives, but some of my dreams are so real, there is no other explanation for them. Today I am exhausted, after having done battle with three Nazi SS officers, and saving my boss's life. Do you think I'll get a raise for my efforts?

I wonder what I'll dream about tonight. I'm having fresh halibut for dinner.
Posted by Jo at 11:10 AM

Oh I love those dreams that are so real that you can almost feel and taste them! Those are the ones I write down. Maybe someday I'll be able to turn my wacky dreams into a real story. :)

I like the "undigested bit of pork dumpling" theory--that's gotta be it.

I've been having a nasty string of reoccurring dreams surrounding a gigantic spider in my bed. Maybe I should stay clear of pork dumplings for a while as well...

LOL Jo, that was one of your funniest posts ever! I have dreams like that too, and one that seems to be continuous and always in the same house that I have never been to in this life. Hmm... I'll be thinking about that when we have dinner tonight.

Maybe you were dreaming about Nazis because the Nazi John(Ivan) Demjanjuk was heavily on the news recently. He got denaturalized and deported from America.

Yes, I think you should get a raise, you worked hard last night!!! I have to say, you're the third blog post I've read today about weird dreams...

This is what I found on a website...
Nazi
To see a Nazi in your dream, represents a form of evil and merciless force that cannot be reasoned with. You may feel that others are putting you down.

Unfortunately, my dream dictionary doesn't have an entry for nazi.

Interesting.... 3 Nazis chasing you and your boss around? Hmmm.... Now if your boss is Clark Kent, well... could have made for a most interesting and predictable result!

The other night I dreamed I was looking at this beautiful, black seal and, after a while, I could see two or three baby seals (not sure what they are called).

Regardless, I was extremely impressed with these black seals.

Just for the record, we don't have any seals - black or otherwise - here in Iowa!

I wonder where I was?

No matter the illness my Grandmother always thought it must have been something you ate that was "gone bad" and her remedy was a purgative (laxative...her choice was castor oil mixed with orange juice and it was vile). We all learned quickly not to complain or share dreams with her. That is food for thought........

Oh gee, I have a GREAT dream life, actually better than my real life. I, too, often wonder if I lived in a previous life or body because things seem so real. Send me some of that pork, okay? I'd like to see if I can do battle with anyone. LOL

I enjoy trying to decipher my own and others' dreams. I think they are a doorway into our psyche, therefor we can read what our real stressors and pleasures are through our dreams. And I do think you... or your boss deserve some Kodos at the very least...I think someone is doing someone a favor, but only you will know what the dream's feelings holds for you.

You could end up as a deep sea fisherman.

Dreams are fascinating business about the business we'd rather not do business with. ;-)

Have you seen the white whale?

My mother wouldn't let us have anything with cheese in it before bedtime as she reckons that makes you have nightmares/odd dreams.
I dunno, I like the idea of previous lives but I'm not 100% convinced....good luck with the fish, perhaps if you wash it down with a nice glass of white wine you will end up somewhere exotic!

Tonight you shall dream of sailing on a yacht in the Greek Islands with handsome Ouzo drinking boatmen belly dancing around you wilst you lay on a bed of pillows being fed grapes :) You like? LOL

Thanks for sharing your dream. I am going to have to look that one up in my dream book. You definitely should get a raise...LOL
xox

Pork dumpling - Chinese? It does it every time.

If a bit of undigested pork takes to the land of SS officers, and tonight it was halibut on the menu, I would guess your dream may start with a dimly visible man saying, "Call me Ishmael"... and watch out for the trio of white whales that is likely to be close behind him !

I once had a dream that I was being chased by 3 huge dinosaurs, who were after me for some reason I fail to remember. But then, the Terminator (Arnold) came to my rescue :D

Uncanny similarity with a dream I once had.

Trouble is, I couldn't leave the dream state alone and wrote an entire novel about it...And wrote, and wrote and rewrote...Should have left the dams nightmare alone.
But it was, oddly a dream of the future, and a lot of that future (that has just passed), certainly a nightmare in a bad time... So a dream of the future with the Nazis probably being negative aspects of the self.

I too had trouble looking up Nazis in a dream book...finally ended up with Karl Custav Jung on dreams--and he had the evil ones as Frenchmen...Heh. Go figure.

I often have strange dreams and a lot of the time wake up confused over where I am.

Saving your boss...ermmm...was that a good move?

Great dream! I'm a dream fanatic. Sometimes more so than others. People will probably think I'm nuts but since 1994, I have periodically logged interesting dreams in an Access Database along with key words and images so I can go back and compare different dreams that had similar elements...my data base is currently at 296. A sort of journal of the subconscious.

"SS" is your mind's symbol for "Starving Squirrels"

The Starving Squirrels are chasing you for "Food" which you failed to put out because you were too busy working for your evil boss. The fact that you kill the squirrels to protect your boss is your mind reflecting your guilty feeling for putting more importance to working for your boss than feeding squirrels.

This dream can repeat itself. The only thing you can do is to assuage your guilt by feeding the squirrels. 'Nuff said.

thank you so much for this entry of yours, as it seems that I'm currenty much in need of a dream.

Maybe your company is going to do business with a company in germany and you'll be the one to seal the deal. Good luck and i hope you get a fat bonus for saving the company and your boss' arse

Interesting dream (nightmare?). I often dream of being chased, usually can't remember dreams. One has remained in my memory of being chased around a big old house on Fisher' Island (N.Y.) with, of all people, Candice Bergen.

♦ Forgotten Katalyst, I should have written my dream down, it was so real!

♦ Amourissima, omigosh! I think I would sleep in a different bed for a while. :-)(

♦ Lovelyprism, that sounds very interesting. Maybe in a past life...?

♦ DUTA, believe it or not, I had not heard of that! Amazing!

♦ Anna, omigosh, that is very interesting. Hmmmm... I'll have to think about that.

♦ Russell, we have LOTS of black seals here in BC. They're very cute and really funny.

♦ Kathy, I have actually had castor oil mixed with orange juice. If you're not already sick, it will kill you. *heh*

♦ Leslie, the next time you come into town, we'll go there and have some pork dumplings. They're good!

♦ Faithful, well I definitely saved my boss's life, and I wonder what that means.

♦ The Sagittarian, I agree about the cheese -- I've experienced it. :-)

♦ TheChicGeek, oh, goodness -- what a dream! Excuse me while I go back to sleep for a while. *heh*

♦ Divyendu, omigosh! What had you eaten before you went to sleep!?

♦ Ivan, interesting! What was the book called?

♦ Firefly, I woke up from this dream very confused as well.

♦ ButlerAndBagman, omigosh! What a great idea! I have Access on my computer. Maybe I will try that. Have you come up with a recurring theme?

♦ LGS, you are the most brilliant squirrel I have ever met...! The fact is, I was thinking about the Cafeteria Nazi yesterday. Omigosh! Hmmmm... I see a squirrel on my terrace. Excuse me while I go and give it some peanut butter. :-)

♦ Mo'ikeha, gosh, lots of people would love a dreamless sleep. I have very colorful dreams!

The Portable Jung....But you really have to look.

Dreams are curious things... are they messages from the great beyond, or just the random ramblings of the unconscious? Great subject, Jo.